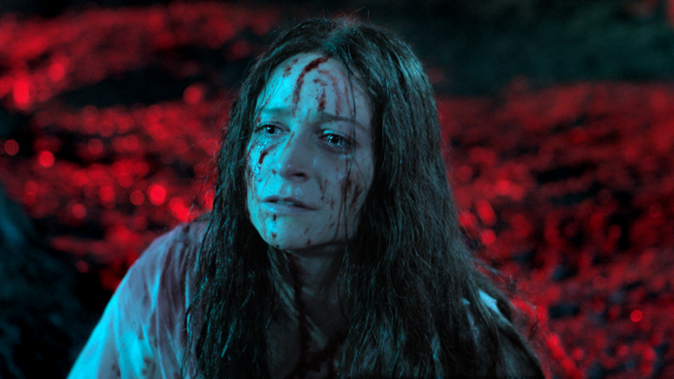 The censor of the title, Enid (Niamh Algar), works at the British Board of Film Classification – the UK version of America’s MPAA rating system. Her job is to watch extremely gory, violent scenes in one horror movie after another. She often complains about what she sees and what she’s compelled to allow. Some of her co-workers have stronger stomachs or are less concerned with what people might do after watching these flicks. Being this is England, a discussion on gorged eyeballs brings up talks about Sophocles and Shakespeare.

The film is set in 1985, at the height of England’s video nasty controversy. People cried out and demonstrated against cheap, violent movies distributed only on the relatively new home video cassettes. Enid is part of the controversy since she’s watching gore for a living and making judgements about it. It has to affect her personal life.

Not surprisingly, Enid can’t get the horror out of her mind. She’s clearly terrified as she enters the London subway tube. In these and other scenes, the picture looks and sounds like a horror movie…especially the sounds. The effects and music are louder than they would be in a normal motion picture. Clearly her job has given her mental problems.

But then consider the name screenwriters Prano Bailey-Bond and Anthony Fletcher gave her: Enid. It’s Welsh for “spirit, life.” It also sounds like in it. Or edit. Although she doesn’t seem to like these gruesome flicks, they seem to have been drilled into her brain.

And then there are her family issues. Her younger sister disappeared years ago, and her parents have accepted the death of their child, even though there is no body or any kind of evidence. Enid insists that her sister might be alive…somewhere. 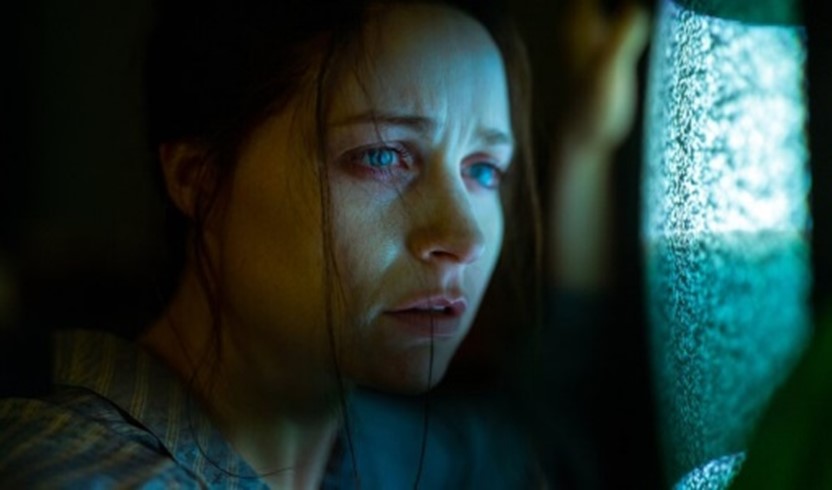 Things get worse when an actual murder mimics a scene that Enid allowed to be left in a movie. She suddenly becomes the face of evil in the London tabloids. With the press hounding her, she can’t relax with the phone constantly ringing. And, of course, the sound effects and strange camera angles keep getting more exaggerated, making us feel we’re in a horror movie.

And maybe we are. I can’t tell you more without giving away too much, but as the film approaches its ending, it becomes totally ridiculous. If it wasn’t for the ending, I would have given Censor a B+ rather than the B I gave it. 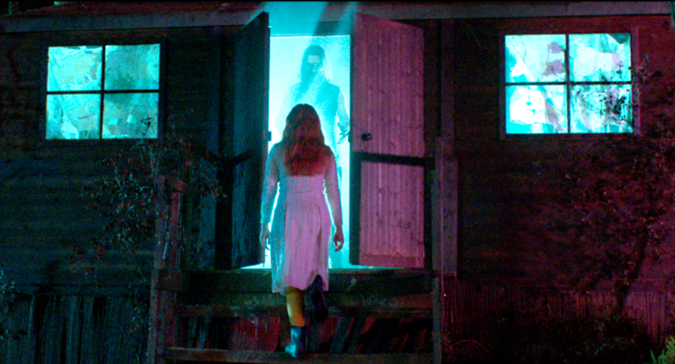 I don’t think there’s anything particularly wrong about starting a film as a serious drama and ending it as a horror movie. But the last part of the film desperately needed to have a reality check.

Censor will open at the Shattuck Friday, June 11. It will also have one screening at the Roxie June 19, at 6:30. The film will also be available streaming as of the 18th.

2 thoughts on “Censor: Is it serious, or frightening”