On the third day of the virtual SFFilm Festival, I’ve decided to stop giving you technical advice. If you’re having problems watching the films you bought tickets for, look at the lower-left corner of a SFFilm browser window and click the Need help? box. You’ll probably get very good help.

So let’s go to the movies:

A- Tales of the Accidental City & Al-Sit 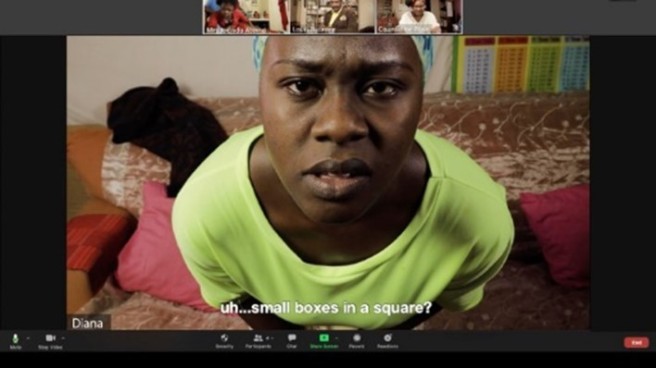 This short double bill presents the mid-length Tales of the Accidental City and the short Al-Sit. Both films are African. I’m reviewing them together because they come on the same ticket.

Tales, the gem of the duet, is truly a film of the COVID-19 era. This Kenyan gem is set entirely in a court-ordered anger management class done on Zoom, run by a counselor who’s really not up to the task. It’s frequently funny, but more often insightful. People don’t want to tell their stories, but slowly, they open up. Director Maimouna Jallow packs a lot of content into less than 50 minutes.

The short, Al-Sit, clashes between new and old Sudan. It involves arranging a marriage (no one asks the bride), a modern businessman, cotton, and the village matriarch. Powerful images help tell the story.

After the movies, you can watch a recorded Zoom discussion between the two directors, moderated by SFFilm’s Amber Love.

Here are a few highlights, edited for brevity and clarity: 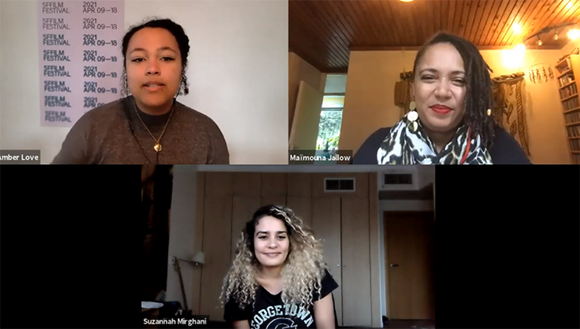 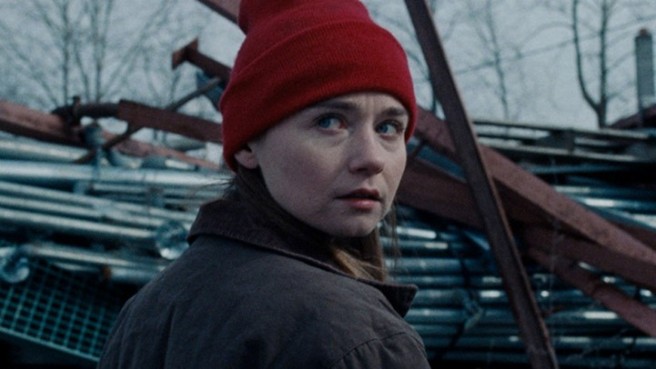 This flat, poor part of Ohio is not the best place for a smart high school graduate like Ruth (Jessica Barden). Her mother, addicted to pills, is in jail. Her older brother Blaze (Gus Halper) has taken over parental responsibilities. Their jobs didn’t support them before the factory closed. So, they steal and resell scrap. Ruth has a chance to go to college, but she may not take it. A striking film about American poverty.

After the film, you can watch the Q&A with writer/director Nocole Riegel and actor: Jessia Barden. The discussion is moderated by SFFilm’s Anne Lai.

Here are some highlights of the discussion, edited for brevity and clarity: 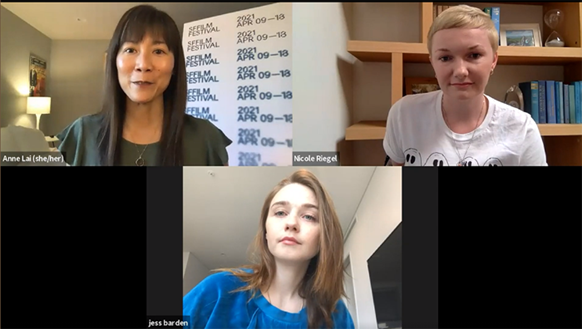 Riegel on casting: I really wanted someone as close to the character as possible, and Jessica has that and so much more.

Barden: Riegel wanted me to improvise. It was such a great day. It was therapeutic. I put down the script and made something else.

Riegel on location as character: [She grew up in that area.] Ohio looked bleak. I wanted to shoot it on location in the winter. I wanted authenticity, but I also wanted it to look better than that. I wanted to show you how beautiful these places could be. It’s the friendliest place with the funniest people. They know they live in the middle of nowhere.