The SFFilm Festival opened Friday, and I watched my first two films. I tell you about them below. But first, if you’re having technical problems getting your movies into your home, here is some technical advice.

Get the movie onto your computer or device

Soon after you bought an e-ticket for a festival film, you received an email from the address community@sffilm.org. If you bought several tickets, you’ll probably have to open several of these emails; the films’ titles aren’t immediately visible.

Which ticket is which?

Get the film to your TV

You don’t really want to watch a movie on a laptop, do you? Or even worse, a smartphone? So how do you get the movie into the biggest screen in the house?

Here’s one way to get the stream from your laptop to your TV:

Two films streaming at the festival

B+ Lily Topples the World 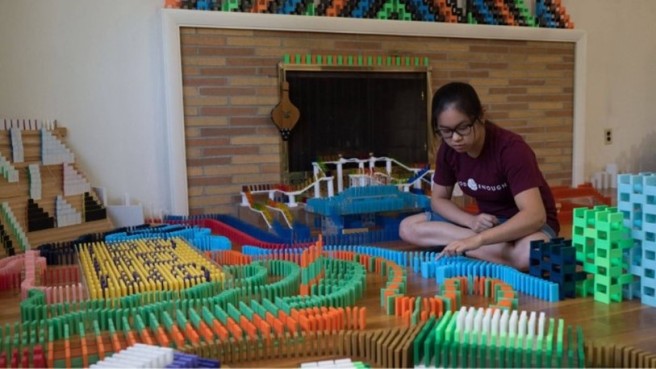 If you ever watched a TV commercial where dominoes fall down in perfect arrangement, Lily Hevesh was probably involved. At the age of 20, she was already considered the greatest domino artist in the world. I often found myself drop-jawed as I watched her and her co-workers build a masterful physical creation, then with one simple click bring it slowly go down. The documentary is conventional, but Hevesh is far more than that.

You can watch the film at the Fort Mason Flix, Sunday, April 11, at 6:30. Or you can stream the film at home any time during the festival. 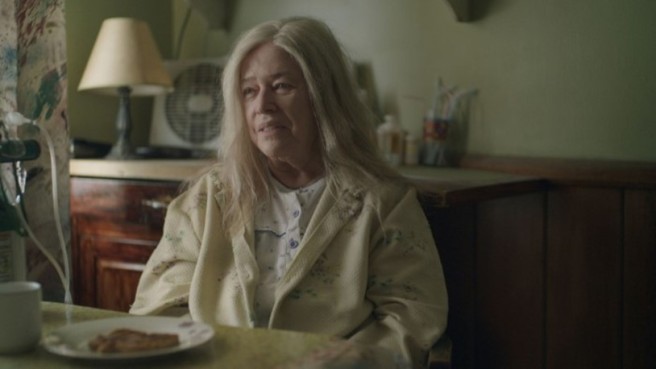 Can a man come home after 17 years in prison for a heinous crime (never fully explained)? Many people in the small town still hate him. Even his dying mother (Kathy Bates) at first gives him the cold shoulder. He must work to become acceptable – and for some, that will never happen. Jake McLaughlin gives an excellent performance as the former convict, tightly wound at first and slowly finding himself. Early on, the town and its surrounding areas look ugly and empty. As he changes, we see more greenery. A hard and yet sweet film about redemption.

The film is followed by a discussion with McLaughlin and writer/director Franka Potente, moderated by SFFilm’s Jessie Fairbanks. Some highlights, edited for clarity and brevity: