When I wrote my Golden Globe nominees article, I hit on something that forced me to think about what is a movie in 2021. When I saw that Hamilton was nominated for Best Motion Picture — Musical or Comedy, my first thought was: This isn’t a movie; it’s a filmed stage play.

Which isn’t a bad thing. When I saw Hamilton live, way up in the nosebleed seats, I liked it, but it didn’t blow me away. But when I streamed the “movie” version on Disney+, I loved it. Unlike the touring group I saw in San Francisco, this had Lin-Manuel Miranda and the rest of the original cast. I could see people’s faces in close-up. Subtitles helped us understand the lyrics. I’m not sure, but the filmed version may have been taken from several performances, getting the best versions of each scene. And yet, it had the power of live theater. 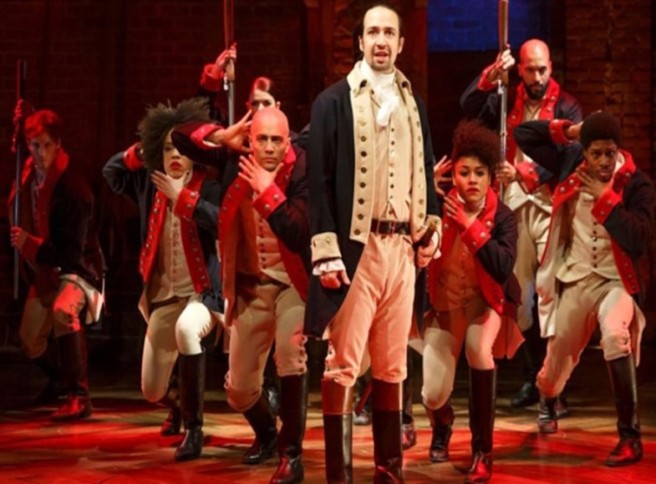 Hamilton: Designed for the stage

And yet, I didn’t write about Hamilton in Bayflicks. Why? I didn’t think of it as a movie. I thought of it as a recorded play or Opera – which I saw as a very different kind of thing.

Long before the pandemic, movie theaters made extra money showing these filmed stage performances. I enjoyed many of them, but I didn’t consider them movies (or films if you prefer). Even on the big screen, it’s more like television, with multiple cameras capturing what is likely a single performance.

Perhaps I was wrong. If I can put Stop Making Sense – a filmed rock concert – on my A+ list, I can do that for stage plays shown on a screen.

A western like The Big Country is clearly a movie

So what, exactly, is a movie? Or a film? It used to be a motion picture intended to be seen in theaters. Now, I see it loosely as a motion picture between one to four hours long, that isn’t an episode within a series. And now the big superhero movies seem to be pushing that definition.

By the way, what’s the difference between a film and a movie? The words movie and film have the same literal meaning, but with a different emphasis. The word movie suggests a work of light entertainment; film suggests a work of serious art. But they can be used interchangeably, although it seems ridiculous to say “A movie by Ingmar Bergman.” (Of course, the word film has other meanings, such as oil on water.)