This week in Bay Area movie theaters, either on the big screen or streaming through virtual cinema: managing a city under occupation, punk rock Irish style, work around the clock, and Jimmy Carter. Also films by Wong Kar-Wai, Joon-ho Bong, and Norman Jewison. Plus, two virtual film festivals open Friday.

Guiding a large, modern city is difficult enough; it’s much harder when you’re occupied. This documentary follows Musa Hadid, the mayor of Ramallah – a large Palestinian city where Christians and Muslims mingle peacefully. At first, Hadid struggles like any other mayor – getting new doors for a school or setting up the city’s Christmas tree. But few mayors deal with settlers shooting at citizens, while the Israeli government won’t allow them to build a much-needed sewage plant. Then President Trump formally recognized Jerusalem as the capital of Israel. The film climaxes with a one-sided battle as Israeli soldiers storm into the city shooting gas and brandishing guns. A powerful doc about trying to have a normal life under occupation.

If you’re not familiar with The Pogues, you have a treat to discover. For some 27 irregular years, this Irish band melded punk rock, traditional folk music, and deeply-felt left-wing politics. But this documentary isn’t about the band. It’s about the lead singer and main songwriter, Shane MacGowan. I would have liked more about his bandmates, but MacGowan’s own story is a fascinating one. While nearly drinking himself to death since childhood, his songs have made him almost a living shrine, with people claiming that he saved Irish music (and maybe Irish politics, too).

Some 20 years ago, Deloris “Nunu” Hogan and her husband Patrick set up a 24-hour childcare center, and unfortunately, we must have such businesses in the USA. Loira Limbal’s documentary has two important points to make – that we need better ways to deal with childcare, and that Hogan is a very special person. But much of the film’s message is overpowered by the sheer joy of watching young, adorable children. My big problem: I wish Limbal had included interviews with former Dee Tots children. Read my full review 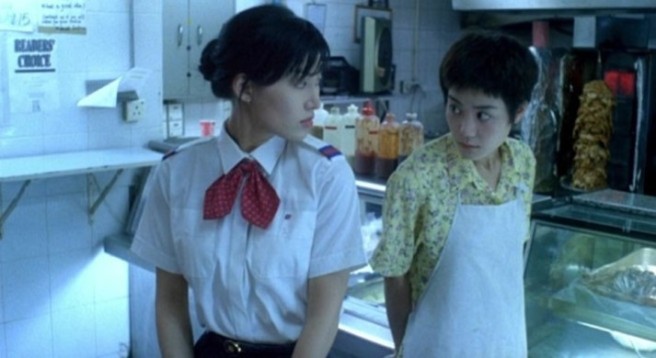 A strange and inexplicable movie…mostly in a good way. It contains two separate boy-meets-girl stories, one told after the other. The men in both stories are cops obsessed with food and looking for love. One woman is a master criminal who carries a gun and is willing to use it. The other is an eccentric waitress who loves The Mamas and the Papas. Writer/director Kar-Wai Wong and cinematographer Andrew Lau Wai-Keung find ways to tell a story and make cinema new all over again. Part of the series World of Wong Kar-Wai.

A barely-functional family fights an uncaring government and a giant mutant predator, and it’s hard to say which is the scarier threat. I didn’t find this quite the masterpiece others saw–the political points are obvious, the third act gets confusing, and the big finale fails to satisfy. But director/co-writer Joon-ho Bong (who since made The Parasite) succeeds where it counts: He makes you care about the characters and scares you out of your seat.

It’s a ridiculous title for a political documentary, and yet it’s appropriate. This extremely flattering doc about the 39th President spends most of its time covering the Carters’ love of music. But that’s not the most important thing to say about a former leader of the free world. And yet I can’t pan the film entirely. Between the great music and Carter’s innate decency, it’s an enjoyable movie to watch. And yes, it does discuss how he ran the country, but that’s not the main topic. Read my full review. 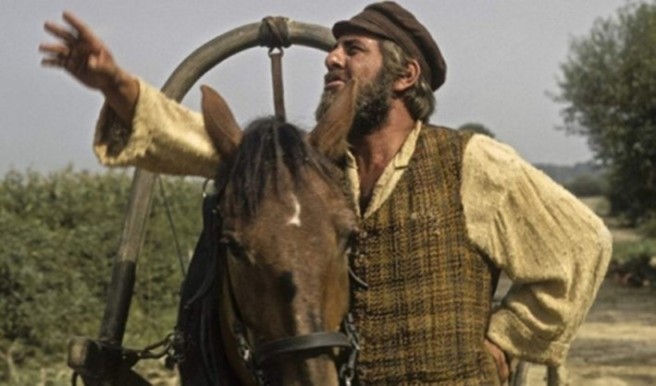 Warning: Due to COVID, I’m not sure if the movie will screen. As a teenager, I loved the musical stage play and hated the movie (I saw both when they were relatively new). I felt that the film’s production values were too big, and the comic timing was off. Now I can appreciate what director Norman Jewison (who isn’t Jewish) was trying to do. Rather than making a musical comedy with a period setting and a serious undertone, he turned it into a historical spectacle with songs. It’s funny, but only when appropriate. But its sympathetic story of older people uncomfortable with change is both sad and hopeful. Read my article.

I admit it. I have only seen the Mystery Science 3000 version. But from what I’ve seen, this is one of the most unintentionally funny movies ever made.