I’ve recently been revisiting movies I liked long ago, which is probably why I’m giving so many good grades out this time around. But there’s a real stinker in the collection, as well.

The Best Picture winner of 1967 is one really good noir. You already know the story. A brilliant, African American homicide detective from Philadelphia (Sidney Poitier) finds himself in a small, redneck town in Mississippi when an important member of the community has just been murdered. Rod Steiger plays the bigoted sheriff who slowly realizes that this Black man is much smarter than him. Warren Oates plays an almost comic figure as a not-too-smart cop. Written by Stirling Silliphant and directed by Norman Jewison. Haskell Wexler’s unique cinematography (for its time) helped change the way color films looked. 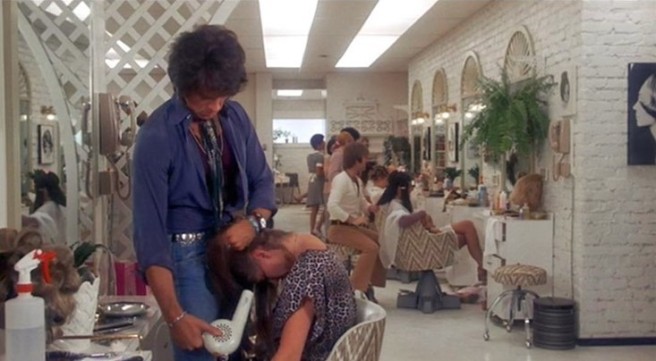 At its most shallow, Shampoo works as a simple sex comedy about a straight, male hairdresser (Warren Beatty) who constantly gets laid. But the film is so much more than that. It’s also a serious drama about sexual excess, American politics, and wealth in Los Angeles. Beatty’s character wants to open his own shop, so he befriends a potential investor. The problem is that the hairdresser is doing it with the investor’s wife, mistress, and daughter. The women in his life are played by Julie Christie, Goldie Hawn, Lee Grant, and a very young Carrie Fisher. And it’s all set on election day 1968, as Nixon becomes president-elect (which no one seems to mind). Directed by Hal Ashby from a screenplay by Beatty and Robert Towne.

No, this is not Edwin S. Porter’s 1902 one-reel western, but a very enjoyable, feature-length heist movie set in Victorian England. Sean Connery stars as the mastermind who plans the incredibly complex and dangerous job, with the help of Donald Sutherland (with a decent English accent) and Lesley-Anne Down. Writer and director Michael Crichton shows us both the beauty and the ugliness of 1855 England.

This tearjerker, surprisingly serious for a 1932 Paramount drama, deals seriously with alcoholism, class stratifications, and adultery. A wealthy young woman (Sylvia Sidney) falls for a writer with a severe drinking problem, which slides into a worse infidelity problem. He frequently fails her, and yet she keeps coming back. And no, it never feels repetitive. Written by Edwin Justus Mayer from a story by Cleo Lucas, and directed by Dorothy Arzner – one of the very few women who got to direct in the studio era. An unknown Cary Grant has a small part. 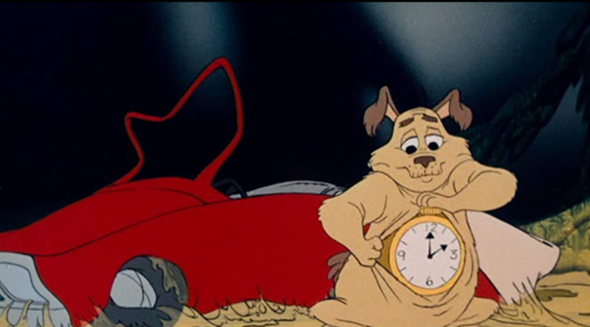 Chuck Jones’ only feature-length animated film, an adaption of Norton Juster’s children’s book, mostly disappoints. The story – a conventional child’s journey through a magic land – goes overboard in beating its obvious message: learning and thinking is good. Along the way, there are too many forgettable songs and little effective humor. Jones’ genius only occasionally pops up, especially in the character of the watchdog Toc. The animated story is book-ended by a live-action prologue and epilogue, shot in San Francisco, and directed by Dave Monahan.