What’s screening this week in the Bay Area? You can talk about Halloween (the movie), learn about Ruth Bader Ginsburg, revisit a Fellini classic, and plenty of drive-in options. But no film festivals. 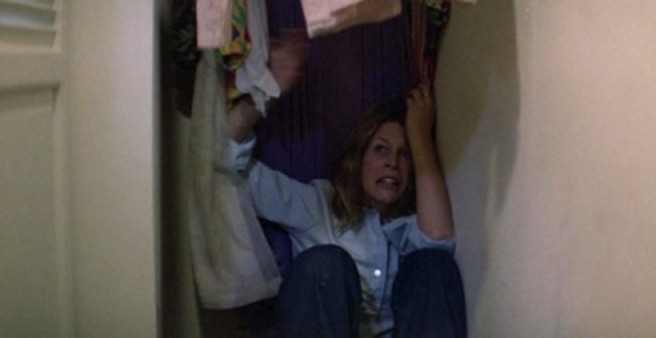 The event: Watch the movie before Saturday afternoon. Then, at 3:00, join the Zoom discussion about the film.
The movie: John Carpenter made a very good low-budget thriller that started a very bad genre: the slasher movie – also known as the dead teenager flick. In the original Halloween, an escaped psycho racks up several kills on the scariest night of the year. Yes, the story is absurd–the guy seems capable of getting into any place and sneaking up on anyone–but Carpenter and co-screenwriter Debra Hill take the time to let us know these particular teenagers, and that makes all the difference. By the time he goes after the mature, responsible one (Jamie Lee Curtis), you’re really scared. 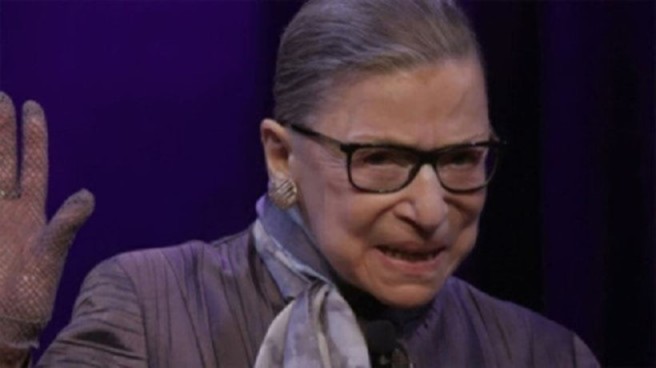 There’s nothing objective about this documentary on Ruth Bader Ginsburg (who was still alive when the film was released). The filmmakers clearly believe that the Supreme Court’s progressive hero is a rock star, a superhero, and a major bulwark protecting American democracy. I believe that, too. But I didn’t know until I saw this film that young women not only see Ginsburg as a role model but tattoo her likeness on their bodies. An entertaining and enlightening film about someone whose death may ruin our country. Read my full review.

Back when I was in high school, this became the first old, black-and-white, European, subtitled film I ever loved. But it turned out to be one of those loves you eventually outgrow. Giulietta Masina brilliantly plays a simple, innocent girl sold by her parents to a coarse, crude, and violent traveling strongman (Anthony Quinn in another strong performance). But for all the great acting, Fellini’s 1954 heartbreaker comes off now as shallow. Even worse, it manages to romanticize child abuse. (Or is it spouse abuse? The movie is never too sure about that.)

This beautiful journey into Mexican traditions of the afterlife (via big-budget Hollywood, of course) manages to be serious, emotional, and fun. Young Miguel (voiced by Anthony Gonzalez) belongs to a family of shoemakers who hate music. But music runs deep in the boy’s soul. On the Day of the Dead, he accidentally goes over to the other side, even though he’s still alive. To come back, he must learn a lot about life in general and his family in particular. And, since Pixar made this movie, his journey is also funny, suspenseful, exciting, and visually stunning.

Mel Brooks showed off his talent beautifully in this sweet-natured, 1974 parody and tribute to the Universal horror films of the 1930′s (specifically the first three Frankenstein movies). Gene Wilder wrote the screenplay and stars as the latest doctor to be stuck with the famous name. With Marty Feldman, Madeline Kahn, Cloris Leachman, and Peter Boyle as the lovable but clumsy creature.

The film version of Harper Lee’s Pulitzer Prize-winning novel manages to be both a nostalgic reverie of depression-era small town Southern life and a condemnation of that life’s dark and ugly underbelly. Gregory Peck’s Atticus Finch is the ultimate decent and moral father, a character so virtuous he’s only believable because the story is told through the eyes of his six-year-old daughter. (It’s worth noting that in the long-waited sequel to the novel, the now-grown daughter discovers her father’s flaws.) 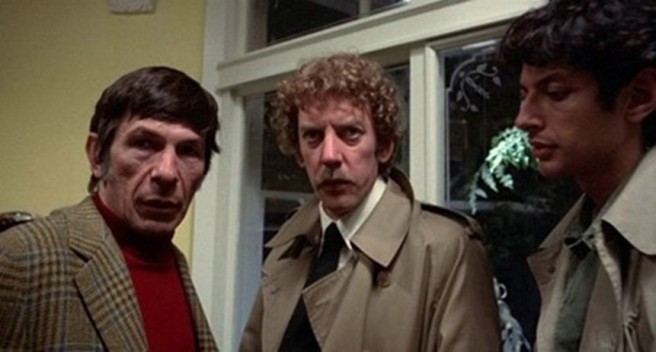 Phil Kaufman‘s San Francisco-based remake of the classic alien invasion movie isn’t quite as good as the low-budget, 1956 original, but it comes close. One by one, Donald Sutherland’s friends and loved ones turn into emotionless pod people, and he knows that he too will be lost if he can’t stay awake. A very good sci-fi thriller with a chance to see Leonard Nimoy as an Earthling.