You can’t help worrying for Margo (Kenadi DelaCerna). And yet you can’t help admiring her as well. A teenage girl living with her father in a small house by the river, she’s also an exceptional shot with a rifle; a necessity in their way of life.

To a certain extent, Once Upon a River is a suspenseful action movie. But it’s also a family saga, whether the various families involved are biological or created on the spot.

Margo’s mother disappeared long ago, and she and her father are at least partly dependent on the mother’s side of the family…which is also the white side of the family. Margo’s father (Tatanka Means) is Native American, and therefore so is she.

Not that that means much to Margo. In one scene, she meets another American Indian who asks her tribe. She doesn’t know. Her father, apparently, never told her.

Her mother’s biological family is relatively wealthy, and looks down on their poor and not-white relatives. Margo’s cousins, all boys, can’t stand that the best shot in the family is a dark-skinned teenaged girl. 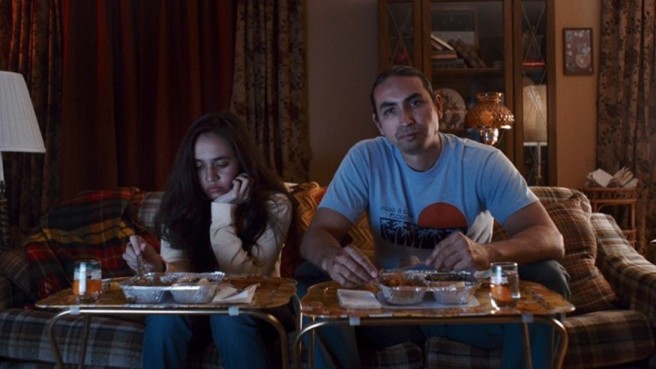 Early on, something very bad happens. One terrible event follows another, and Margo must run away. Or at least she feels that she needs to run away. The police want to talk to her, but they don’t seem to be in a hurry to do so.

Where can she go? She has an old letter and envelope from her mother. The return address gives her a clue, and she sets off to find her mother, even though Margo can’t be sure that her mother still lives there.

She takes a rowboat. She walks. She hitchhikes. She hunts in parks where hunting is illegal. She tries magic mushrooms.

While she searches for her own biological family, she stumbles on another one of sorts. She meets Smoke (John Ashton – probably the best-known actor in the cast), a likeable cynic. He’s a dying white man living in a trailer. He avoids his relatives, but has a close, African-American friend named Fishbone (Kenn E. Head). People in this area seem to like unusual nicknames.

Why am I mentioning the character’s races so often? Because although almost no one seems to talk about race, it often informs how the characters react to others. The theme is there, barely noticeable but always bubbling. And yet she still wants to meet the mother who deserted her.

The film is set in 1977. Why? I don’t know. The novel it was based is relatively new. Perhaps it needed to be set at a time without smartphones. 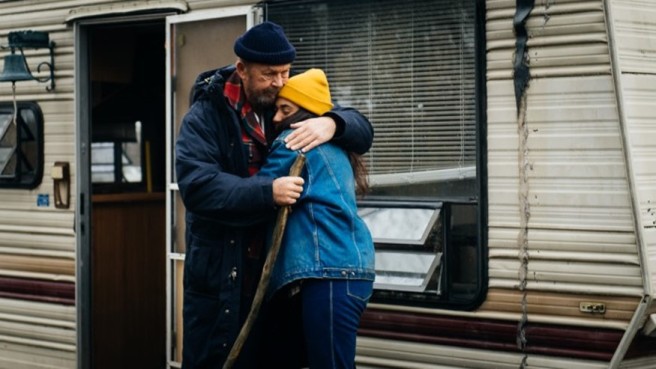 Once Upon a River will be available to stream Friday at the Balboa, Rafael, and Vogue.