To understand this hundred-year-old 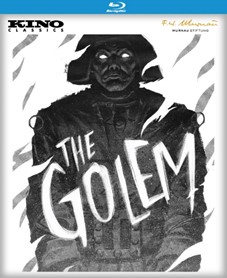 German/Jewish horror movie, you need to know a bit about the German Expressionist movement. The Golem: How He Came into the World was never intended to look realistic. Neither the acting, the makeup, nor the costumes were intended to recreate the medieval period of the setting.

This expressionism allowed set designer Hans Poelzig to go wild, but it’s a wildness that’s beautiful, amazing, and appropriate to the fanciful story. The new Kino Classics Blu-ray provides an excellent way to see and enjoy the film’s artistry. 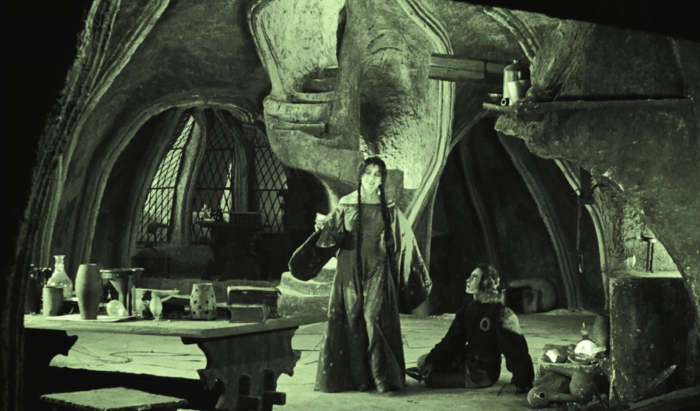 Based on a medieval Jewish legend, The Golem tells a story about persecution and the cost of power. A brilliant rabbi (Albert Steinrück) creates a super-human strong man out of clay – the Golem of the title. This creature does his job and saves the ghetto from the gentiles, but there are consequences.

The film never tells you exactly where this is happening – aside from a Jewish, medieval ghetto. But the original story is set in Prague. 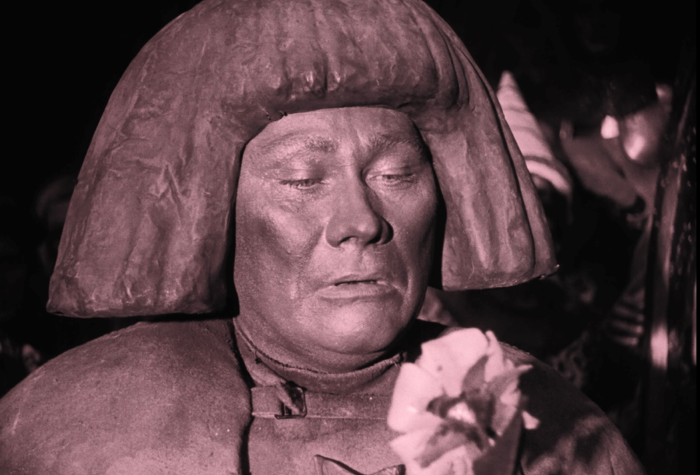 Co-director Paul Wegener plays the titular monster, and he makes it clear that this unnatural being has a gentle soul. Yes, he does some horrible things, but he saves people in a collapsing building and finds joy when a young woman gives him a flower. You can’t watch the film without thinking of Boris Karloff’s performance as Frankenstein’s Monster eleven years later. (Mary Shelley may have been inspired by the original Golem stories.)

This silent movie is presented with the original, artistically designed, German intertitles, with optional English subtitles. 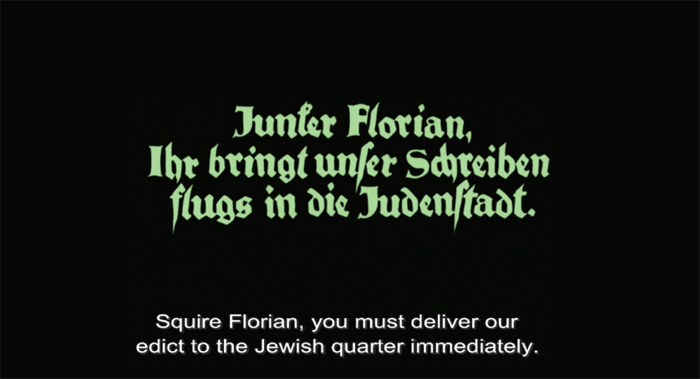 The 4K digital restoration, presented in 1080p pillarboxed to 1.33:1, is exceptionally beautiful for a 100-year-old film. There’s an occasional, very slight flutter, but other than that, it’s as sharp as a tack. 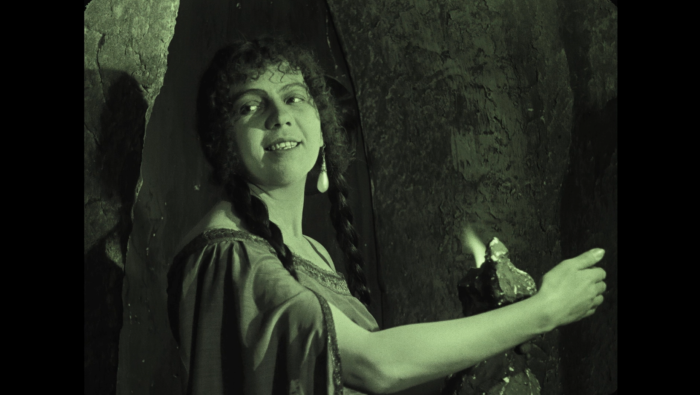 The restoration came mostly from the two original camera negatives (they used two cameras side by side – common in those days). Most silent films are preserved from a print, or even a print of a print. This time, it’s from the original negatives.

The entire film is beautifully tinted. I don’t know if the restorers had records of what scenes were supposed to be in what color, or if someone in the 21st century had to make that decision. Either way, they work. 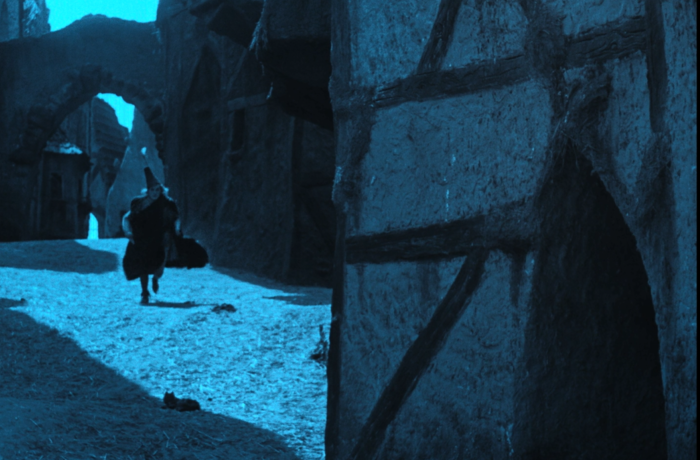 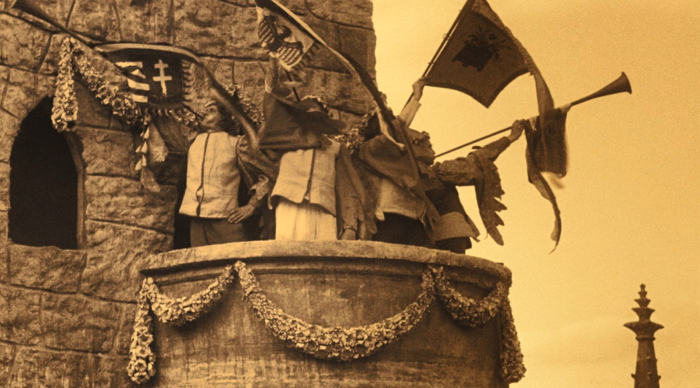 Audio commentary by film historian Tim Lucas: Lucas’ flat voice can be tiring for 75 minutes, but he provides a lot of information on the story, the original myth, how the film inspired Universal’s early talkie horror movies, special effects, and the filmmakers.

Footage comparison: 22 minutes. Also narrated by Tim Lucas. This documentary compares two different restorations – each from a different negative. Primarily, it’s about the differences between camera angles with the two negatives. But the real difference is in the image quality of the restorations. One of them, the same one used for the disc’s feature film, is one of the best-looking silent restorations I’ve seen. The other is one of the worst.

U.S. release version, with music by Cordula Heth: 60 minutes. About 15 minutes shorter than the original, and with no tints. This version, made for American viewers in 1921, seems much more Jewish. The intertitles use a Hebrew-looking font, and the violin/viola-heavy music sounds a bit like klezmer. I didn’t watch it through. Maybe I will one of these days.