Roger Ebert once called movies “a machine that generates empathy.” I’m not sure that’s always true. Triumph of the Will generated a lot of emotions, but empathy wasn’t one of them.

And yet, the best films can help you understand those trapped in poverty, loneliness, and sickness. Ever since the invention of the close-up, motion pictures made us deeply care about the (usually fictional) characters on the screen.

Here are several films that can help you feel about others, all of which are available streaming:

If the point of cinema is to create empathy, both for the characters on the screen and for real people, Vittorio De Sica’s Bicycle Thief is the greatest film ever made. It’s about desperate poverty, and how the desperately poor feed on other desperately poor because they have no other options. When someone steals Antonio’s bicycle, it threatens the struggling man’s ability to feed his wife and children. So Antonio and his young son wander through Rome, searching desperately for the precious machine that will keep them from starving. Read my Blu-ray review.

One of Akira Kurosawa’s best, and one of the greatest serious dramas ever put on the screen. Takashi Shimura gives the performance of his lifetime as an aging government bureaucrat dying of cancer. Emotionally cut off from his family–including the son and daughter-in-law with whom he lives–he struggles to find some meaning in his life before he dies. A deep and profound meditation on mortality and what it means to be human, Ikiru manages to be deeply spiritual without ever mentioning God or religion. Read my Blu-ray Review. 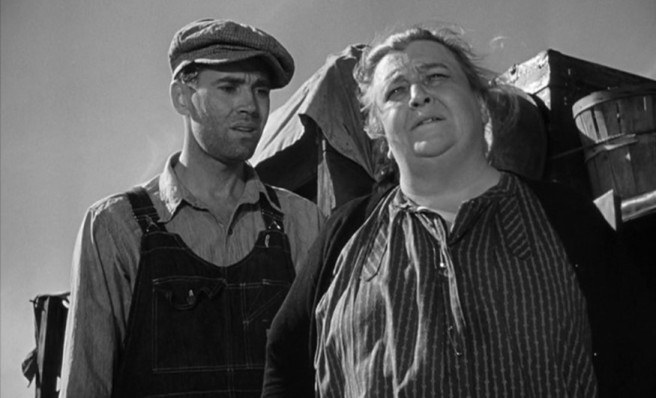 Few associate serious social criticism with classic, studio-era Hollywood. Yet this 20th Century-Fox production, John Steinbeck’s flip side of the California dream, pulls few punches. As the desperately poor Joad family moves from Oklahoma to California in their rickety truck, only to find poverty, bigotry, and exploitation, the picture shows us an America where mere survival is a victory and revolution a logical reaction. John Ford directed from producer Nunnally Johnson’s screenplay, but a lot of credit must go to studio head Darryl Zanuck for the courage to make a film that exposes the ugly underbelly of American capitalism. Read my A+ appreciation.

Okay, this isn’t a film; it’s a trilogy. But it’s a great one, by Satyajit Ray
Pather Panchali (1955): In the first chapter, we meet Apu as a curious and mischievous child who delights in the world around him despite his family’s desperate poverty. There’s a great deal of joy in this film, but also a greater deal of tragedy.
Aparajito (1956): In the second chapter, Apu grows from late childhood into late adolescence, where education can help him rise above poverty. But there’s a heavy price to pay for advancement out of his class. The weakest film of the three, but still excellent.
The World of Apu (1959): In the final chapter, the adult Apu leaves college, but seems reluctant to grow up. He marries, almost by accident, and finds happiness and true love. But tragedy is never far away in Apu’s world. Read my report on the full trilogy.

A The Best Years of Our Lives (1946), Amazon, FandangoNow, Microsoft, redbox 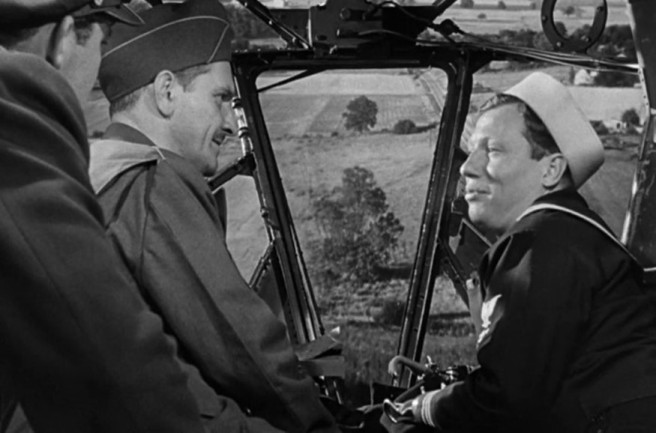 William Wyler’s masterpiece deals with an issue that’s unfortunately still with us: how to integrate soldiers and sailors back into civilian life. The film intertwines the separate but sometimes connecting stories of three veterans who meet and become friends as they return to their hometown after the war. Of the three, your heart goes out mostly to Homer, a young man who lost both hands in the war (as did Harold Russell, the non-actor who plays the part). If it weren’t for Hugo Friedhofer’s melodramatic music, I’d be giving it an A+. There’s no better movie for Veteran’s Day. Read my full report.

Barry Jenkins’ surprise Oscar winner follows a resident of the inner city from childhood to adolescence to young adulthood, examining three stages of his life. Three different actors play Chiron, a young man unsure of his sexuality but who must learn to appear macho to survive in the tough streets. A not-yet-famous Mahershala Ali carries the first act as a drug-dealer who is also a gentle and kind father figure. Read my full review.

A great film about family in all its troubling complexities. An elderly couple travel to Tokyo to visit their busy and overworked adult children. Everyone greets them with the proper respect, but only a widowed daughter-in-law offers real warmth. Mortality hangs in the air. You can appreciate the life changes in Tokyo Story without having experienced them. But eventually, you will experience them, yourself. Read my Blu-ray review. 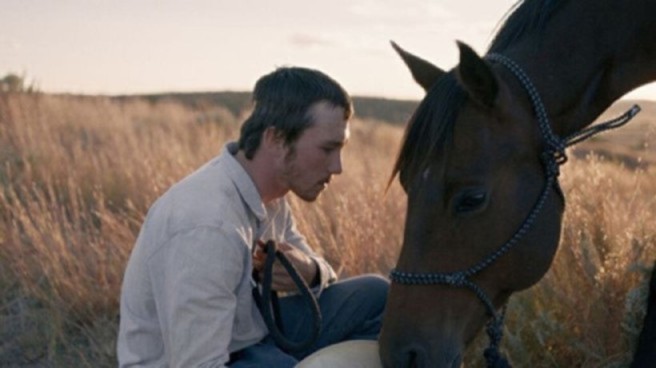 Brady, barely an adult, has already seen his once-bright rodeo career destroyed from brain damage, and another bad fall will probably kill him. Yet he wants desperately to get back in the saddle. Performed entirely with non-actors, this beautifully shot film puts you in the place of a young man who knows that he can’t do what he was born to do. One of the best films I saw in 2018. Read my full review.

Wendy (Michelle Williams) hopes she can find work in Alaska, but first she must get there. Traveling with her dog Lucy, she sleeps in her car and watches every penny. In other words, she can’t afford disaster. And when her car breaks down in a small Oregon town, one disaster leads to another. A sobering film for economic hard times. Read my full review.