This week in Bay Area theaters: Nicholas Cage and Sean Connery save Alcatraz. Teenage vampires and a hammy Shakespearean reduce the population. Silent builders put up a rickety shack and the Taj Mahal. And Peter Bogdanovich closes the last picture show. Plus four film festivals.

I liked Michael Bay’s Die Hard rip-off when I first saw it in 1996. The plot, of course, is ridiculous. A group of very bad people headed by Ed Harris take over Alcatraz and take the tourists hostage. So, the government sends a brilliant chemist (Nicholas Cage) and a British spy/jailbird (Sean Connery) to save the day. What made the movie special (if my memory serves), is Harris’ and Connery’s characters. Harris isn’t all that bad (even if his underlings are) and hopes to avoid bloodshed. And Connery plays his character as James Bond after 25 years in a secret American prison. 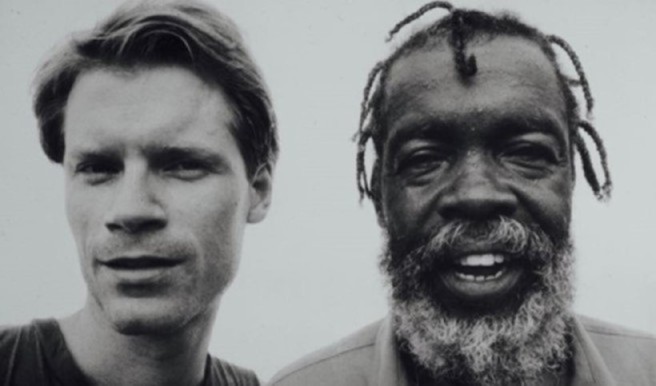 In 1986, a chance meeting of blues musicians created magic. Sterling Magee (aka Mr. Satan), black and old, had had a good career as a session musician, but was now playing on the street. Adam Gussow, white and young, had no real career at all. Teaming up as Satan & Adam, they had a good ten-year run before life intervened. Director V. Scott Balcerek tells the story so seamlessly and so entertainingly that I sometimes suspected it was a hoax (it’s not). Flowing with joy and music, and with a full sense of the racial issues involved, Satan & Adam tells a story so strong you might suspect, as I did, that it’s fiction. Part of the Legacy Film Festival on Aging.

Writer/director Peter Bogdanovich in person! This just may be the bleakest coming-of-age movie ever made. The two young men at its center, inherently nice guys, have no prospects and no real ambitions. They live in a depopulated town that looks like it will blow away with the next windstorm. College isn’t an option. Even sex is a confusing and often embarrassing experience. Made in 1971 and set about two decades earlier, the film refuses to make the 1950s nostalgic. Read my A+ appreciation. On a double bill with another Bogdanovich film, Saint Jack; I haven’t seen this one.

This month’s selection of short comedies contains a lot of laughs. The best is Buster Keaton’s One Week, one of his earliest shorts and one of his funniest. In The Pawnshop, which will be shown in 35mm, Charlie Chaplin makes a mess of everything before saving the day. You’re Darn Tootin’ isn’t one of Laurel and Hardy’s best, but it has a lot of funny sequences, mostly at the beginning, where they ruin a band concert. The Charlie Chase selection, His Wooden Wedding, isn’t great, but it’s pretty funny.

This Indian silent epic isn’t really about the making of the Taj Mahal. It’s a love story among the rich and powerful, and also about those who serve and suffer. The Taj Mahal’s creation only comes in at the end. The movie is beautiful, spectacular, romantic, and occasionally suspenseful. But it’s also sometimes slow, with a few stiff performances. The score by Anoushka Shankar will be, unfortunately, recorded. 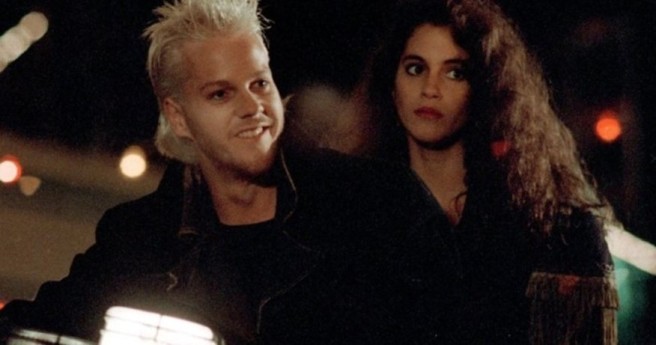 This clever and funny–and even occasionally scary–teenage vampire movie was shot in Santa Cruz and is clearly set there (even though they give the town another name). So you have the undead partying in the summer on the beach, on the boardwalk, and dealing with teenage angst. But then, what do you do when peer pressure tells you to become an immortal bloodsucker? Hey, all the cool kids are doing it. A lot of fun in a horror movie that refuses to take itself seriously. 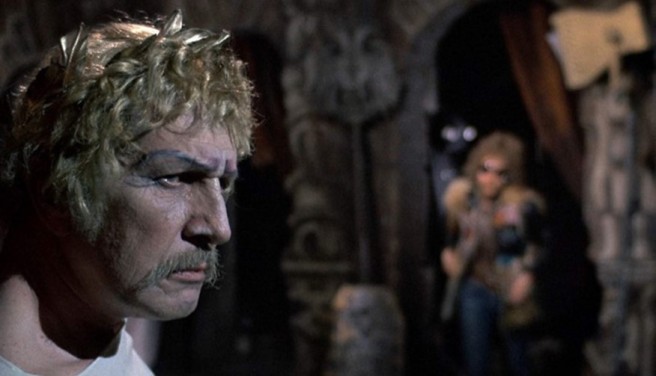 To my mind, this is the ultimate Vincent Price movie, simply because he gets his biggest chance to overact. He plays a Shakespearean actor/director who has been savaged by the critics. So, he fakes his own death and starts killing off the critics, always in ways inspired by the immortal bard. It’s bloody and gruesome, but also funny.