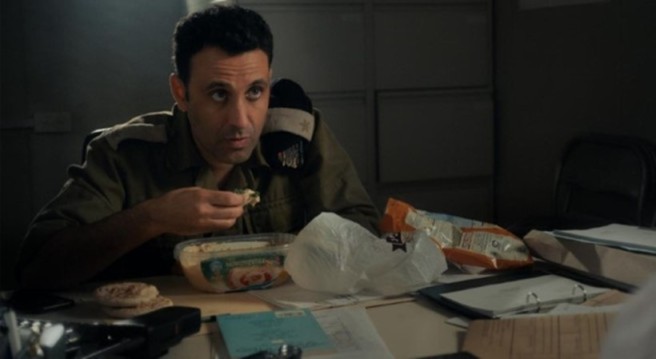 The plot is farcical, but it’s played straight enough to make you believe in the characters and the absurd situation, without sacrificing the laughs. Young and inept Salam (Kais Nashif) gets a break as a writer on a Palestinian soap opera, even though he can barely write a sentence. His secret: An Israeli officer has his own reasons for changing the show’s story. As Salam’s problems pile up (imagine having an artistic collaborator who can have you arrested), Salam gains self-assurance and hones his talent. Read my full review

Once Upon a Time In America – Director’s Cut, New Mission, Sunday, 11:00am 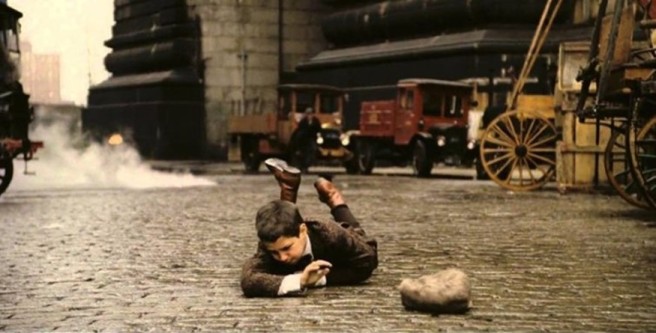 I saw Sergio Leone’s epic gangster tale on Laserdisc ages ago, and I recall liking it. Now Leone’s massive 251-minute director’s cut is available for the first time. (If you’re not good at math, that’s more than four hours.) Part of the series In The Cut: Six Restored Director’s Cuts. 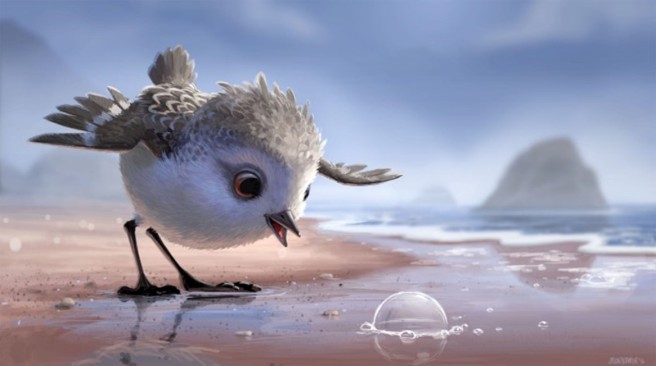 How can a selection of seven short cartoons from this studio could not be entertaining. 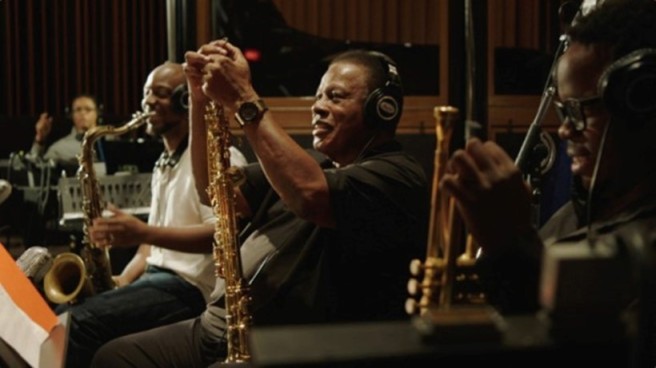 This documentary traces the history of the revolutionary jazz label that brought Miles Davis, John Coltrane, and Thelonious Monk onto vinyl. The film provides many a fantastic track, but not one of them played through to the end. The surviving musicians, and some new ones recently signed, tell the story. They all emphasize that the founders and original owners, Alfred Lion and Max Margulis, cared more about artistic freedom than the bottom line, and yet they managed to keep hold of the company for 30 years (although no one got rich). Near the end, the documentary discusses how jazz influenced and created hip hop.

Cinematographer Kirsten Johnson shot many documentaries, including Citizenfour and Farenheit 911.Now she’s gathered much of what she shot, including home movies, into a montage of her career and–to a lesser extent–her private life. The film’s best when it puts human faces into the far-too-many horrible atrocities of recent history. It also shines when it reminds us of the person behind the camera; there’s a great moment when Johnson sneezes and the camera shakes. Often fascinating and moving, but sometimes repetitive and dull. Part of the series View Finders: Women Cinematographers.

A+ Lawrence of Arabia, Castro, Saturday and Sunday

Presented in 70mm!
Lawrence isn’t just the best big historical epic of the 70mm roadshow era, it’s one of the greatest films ever made. Stunning to look at and terrific as pure spectacle, it’s also an intelligent study of a fascinatingly complex and enigmatic war hero. T.E. Lawrence—at least in this film—both loved and hated violence and tried liberating Arabia by turning it over to the British. No, that’s not a flaw in the script, but in his character. This masterpiece requires a very large screen and excellent projection. The Castro does it justice. Read my articles Thoughts on Lawrence of Arabia, The Digital Lawrence of Arabia Experience, and Lawrence of Arabia and the Third Coming of 70mm. 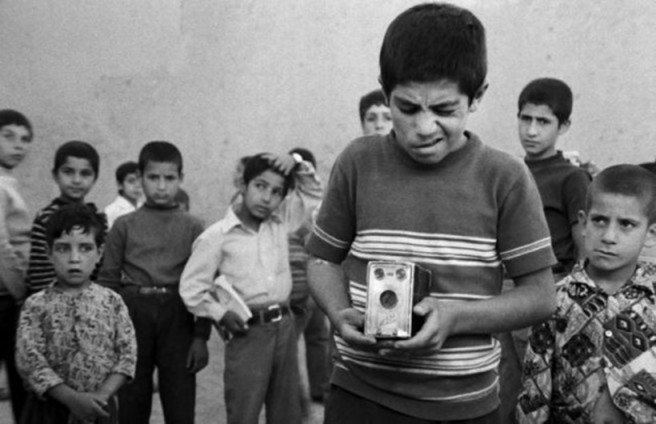 A ten-year-old boy, clearly heading for a life of crime, lives only for soccer. Failing at school, he has absolutely no sense of right or wrong. He robs from his parents and tries to scam venders who can see his lies a mile away. He’s more successful scamming kids his own age, when he pretends to photograph them with a broken camera lacking film. He’s doing all this to get enough money to go to Tehran to see a big game. If he can do that, he apparently reasons, everything will be fine. Heartbreaking. Part of the Roxie’s Tribute to Abbas Kiarostami. 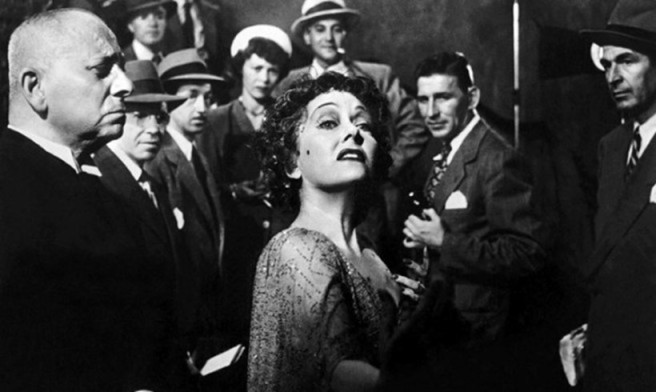 Billy Wilder’s meditation on Hollywood’s seedy underbelly is the flip side of Singin’ in the Rain (now that would make a great double bill). Norma Desmond is very much Lena Lamont after twenty-two years of denial and depression. And in the role of Norma, Gloria Swanson gives one of the great over-the-top performances in Hollywood history. On a double bill with Picnic, which I really should see again. 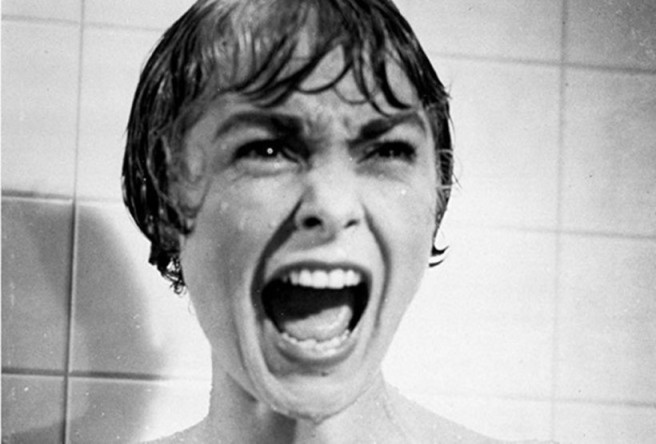 You may never want to take a shower again. In his last great movie, Alfred Hitchcock pulls the rug out from under us several times, leaving the audience unsure who we’re supposed to be rooting for or what could constitute a happy ending. In roles that defined their careers, Janet Leigh stars as a secretary turned thief, and Anthony Perkins as a momma’s boy with a lot to hide. I’ll always regret that I knew too much about Psycho before I saw it; I wish I could erase all memory of this movie and watch it with fresh eyes. On a double bill with Remember My Name. 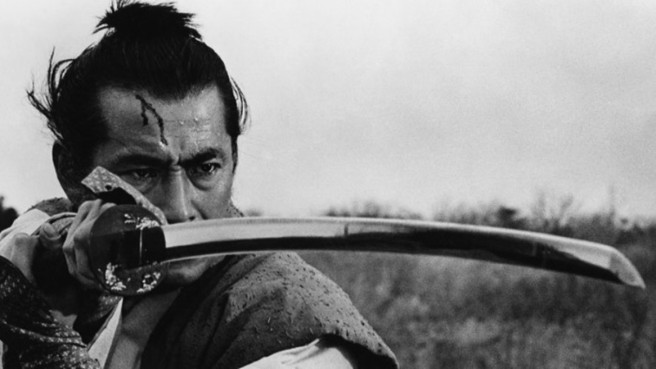 You’d expect Masaki Kobayashid, the political radical of post-war Japanese cinema, to make a movie called Samurai Rebellion. His films, including the great Harakiri, take a very negative view of the samurai code of complete obedience. Toshiro Mifune stars as a warrior who can’t take it anymore after his son is ordered to give up his beloved wife. A bit slow in the first half, but powerful in the second, which includes some terrific swordplay. Part of the series Against Authority: The Cinema of Masaki Kobayashi.

B+ Cluny Brown, Stanford, Wednesday through next Friday 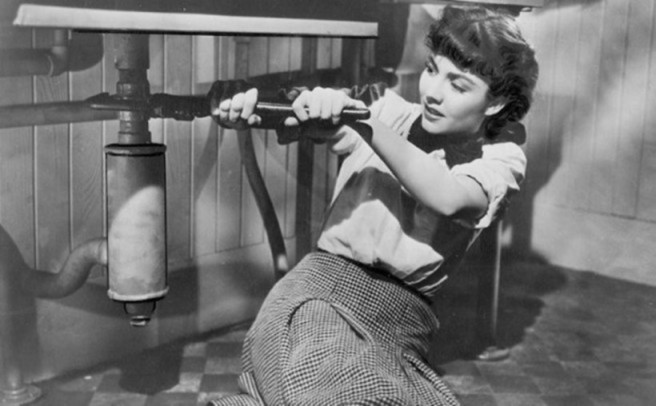 Ernst Lubitsch’s last completed film takes a very funny swipe at British rigidity while also celebrating England’s role in stopping Hitler (the movie is set in 1938). Jennifer Jones plays the title character, a plumber’s niece who would rather fix a pipe than just about anything. Of course, it’s not proper for a young woman to repair sinks, so her uncle sets her up as a maid in a wealthy home. Charles Boyer plays a Czech refugee who sees nothing wrong with a woman plumber. On a Lubitsch double bill with the mediocre Heaven Can Wait (yes, the 1943 version).