A- Coming of age drama
Written & directed by Tsivia Barkai

Note: I saw this excellent Israeli film before it was screened at the 2018 San Francisco Jewish Film Festival. I sat on this review for over a year, waiting when it would be available in Bay Area theaters. That has not yet happened, but I just discovered that if you have a library card, the movie is available to stream free from Kanopy. So I am now posting the review.

Teenagers naturally rebel, but Benni has a lot to rebel against. She lives in a West Bank, Orthodox, extremely militant Jewish settlement near Jerusalem. Her people take land from others with the help of the army and believe that it’s their holy duty to eventually drive all non-Jews from the land of Israel.

Benni (Avigail Kovari) stands out both emotionally and visually. Her mother died in childbirth, and she has strikingly red hair. That alone makes her an outcast in her community of dark-haired people. What’s more, her sexuality is budding in ways that are not acceptable in this narrow-minded community. 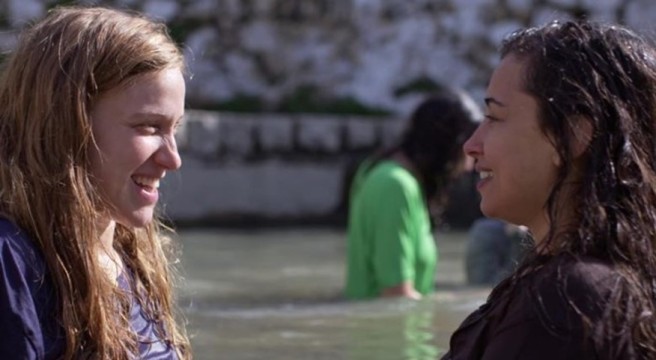 Her father (Gal Toren) loves her, and writer/director Tsivia Barkai made sure we understand their close and mutually supportive relationship. But he loves his stern, narrow, and militant form of Judaism even more. He talks to other men, while Benni serves food, about destroying the Dome of the Rock – an act that would probably spark World War III.

To make matters worse, Benni and her father have a calf, a female, with hair as strikingly red as Benni’s. From the father’s point of view, this is a sign from God that the holy war is not far off. According to scripture, a red cow must be sacrificed at the Temple Mount before the Temple could rise again – in the exact location where the Dome of the Rock stands today. But before that can happen, the calf must grow into an adult cow, so we have a couple of years before worldwide disaster. 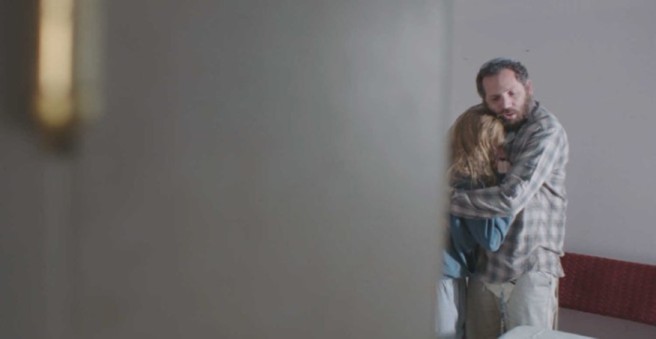 With all this going on, another young woman, Yael (Moran Rosenblatt), comes to the settlement to train to be a tourist guide. Benni’s father is to be her teacher, and he has control over how long she will stay. The friendship between these two young women turns into a love affair. They’re not very good at being discreet.

Meanwhile, Benni bonds with her calf, and even gives her the name Emerald (a strange name for a red animal). The last thing Benni wants for her pet is a violent death that will lead to a civilization-destroying world war.

The figurative connection between Benni and Emerald is pretty obvious. But the film is smart enough not to hammer away at the symbolism. We can see that the girl and the calf both have red hair. We can make our own minds about that means.

Symbolism aside, Red Cow gives us a window into a society that is in many ways very loving and supportive, but in other ways absolutely horrible. And you meet a protagonist smart enough to see that something is very, very wrong.