I’m going to try to cover the San Francisco Silent Film Festival day by day, which isn’t easy when the days are so long. So please excuse me if my grammar and spelling aren’t the best.

So lets get going with the opening night screening of Buster Keaton’s The Cameraman.

But before the movie, the Festival gave its SFSFF Award for commitment to the preservation of silent cinema to Gian Luca Farinelli of the Cineteca di Bologna, one of the most important film preservation organizations in the world. Through a translator, Faninelli discussed the problems with restoring The Cameraman. The negative was destroyed in a fire, and no complete print exists. Three minutes are still missing. The archive is restoring all of Keaton’s work.

Every time I see The Cameraman, Keaton’s first MGM film and his penultimate silent comedy, I like it better than the last time. It’s different from the earlier movies he made as an independent, but many of the changes were for the better. For instance, the girl (Marceline Day) is smarter and more helpful than in his own films. And the changes don’t hurt the laughs. It’s one of his funniest.

One thing that struck me this time: Although the movie depends heavily on plot, it contains brilliant comic sequences that have little or no connection to the story. The swimming pool sequence, where he attempts to change into his swimming suit in a very small dressing room that he’s sharing with a very big man, followed by a sequence where he loses that suit in the water, are among his funniest.

I ‘m upgrading The Cameraman’s grade to an A.

As we were warned in the introduction, the DCP wasn’t entirely great. Some scenes came from inferior sources, but most of it was excellent.

Timothy Brock wrote a new musical score for The Cameraman, and conducted a student orchestra from the San Francisco Conservatory of Music (full disclosure: my wife teaches there). The score fit the movie beautifully, with occasional and subtle comic sound effects.

Not all of the entertainment is on the screen or the orchestra pit. I saw three people Wednesday night dressed for the 1920s: 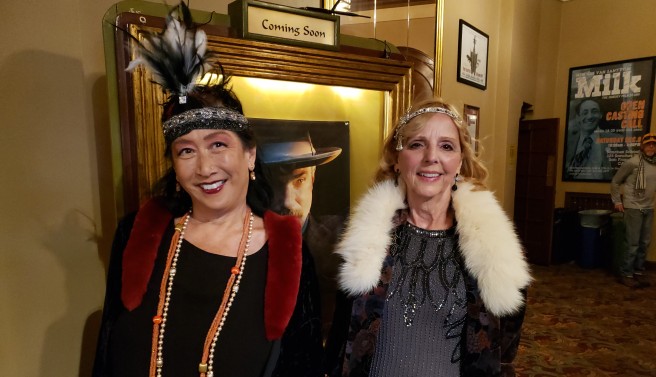 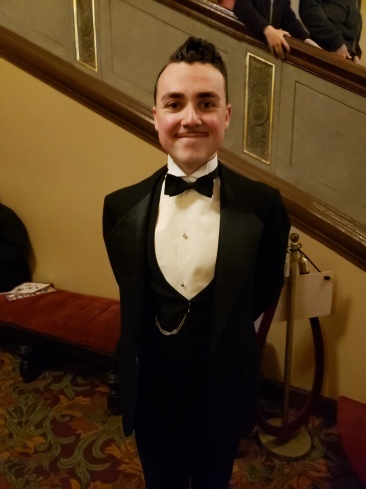 It was a great way to start off the Festival.