Here’s my second batch of films that will screen at the upcoming SFFILM Festival (also known as the San Francisco International Film Festival). As with the last one, it includes one old movie, and three new ones.

This is the sort of movie that reminds you that the French invented Film Noir. Everyone, cop and criminal, are morally compromised. A magnetic Matthias Schoenaerts plays a nice guy, a loving father, and a drug dealer. His life goes topsy-turvy when two associates are murdered and he barely escapes. An old friend, now a police detective, tries to help him…or is he just using him? Tight and suspenseful throughout.

The only X-rated film to ever win Best Picture (it was eventually re-rated R without changes), Midnight Cowboy also made Jon Voight a star and proved that Dustin Hoffman was more than The Graduate. Voight plays a naïve Texan who comes to New York thinking he’ll make a lot of money as a prostitute. As I said, he’s naïve. Hoffman plays a grifter who becomes his only friend. A gritty study of two lost souls in the heartless city.

B Miles Davis: Birth of the Cool 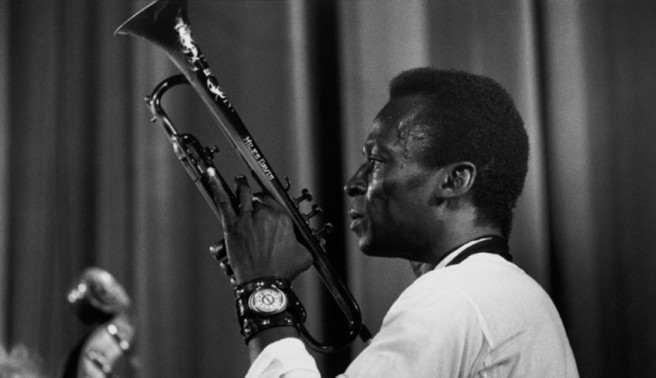 I don’t think you could not enjoy a documentary about Miles Davis; the music itself makes the movie worth watching. And the music is the best thing about this BBC/PBS production. Of course, you learn about Davis, but director Stanley Nelson has made a very conventional and unexceptional documentary. People who knew Davis tell us about his life, his substance abuse problems, and the constant changes in his music. But when you come right down to it, it’s the music that makes this movie watching.

Imagine Before Sunrise, except that the couple in the center of the story are just plain boring. You hope things will get better when the man and woman finally have sex, but no. They’re still boring. What’s supposed to make it interesting is that the young woman is a college-aged Hilary Rodham, spending a summer vacation in Alaska. The man is a Japanese immigrant out of work, with a friend who’s a real jerk. Occasionally we get picture-postcard montages of beautiful Alaska.