I had great luck watching movies lately. All of these are very much worth catching.

I generally disapprove of colorizing and other technologies that make old movies look new, but this is different. The British cameramen who, more than 100 years ago, shot what would become Peter Jackson’s World War I documentary were recording reality, not creating art. Jackson’s team took jerky, flat, black-and-white, and badly-worn newsreels, and turned them into smooth, colorful, 3D records of a long-lost past. It’s not always perfect; occasionally the faces look painted, but for the most part, it put me in the trenches to a degree I never experienced before. Stay after the credits for the 30-minute making-of documentary.

How do you make an epic that covers the full span of the Third Reich, seen entirely through the eyes of a three-year-old child? By creating a fantasy where the three-year-old child willfully refuses to grow up – and succeeds. Well, sort of. Physically, he’s three, but mentally and emotionally, he varies. A masterful, beautiful tale that covers that horrible period from the point of view of regular Germans – some enthusiastic Nazis, some not. Little Oskar (the 11-year-old David Bennent in what may be cinema’s greatest child performance) finds temporary happiness and a lot of tragedy in this sweeping story, a great film based on Günter Grass’ highly-rated novel (I haven’t read it).

A woman and a man, both musicians, fall deeply and passionately in love, but they just can’t stay together. Partly it’s because of who they are. If they stay together to long, love turns into annoyance and distrust. A bigger problem: They’re mid-20th century Poles, living under Communism, with very limited freedom. Joanna Kulig gives an incredible performance – singing as well as acting – as the  young woman who loves a man but cannot stay with him. Tomasz Kot is almost as good as the lover who can’t hold her for long. Writer/director Pawel Pawlikowski based these characters on his parents. Lukasz Zal shot the film in narrow-screen black and white to give a classic noir feel. 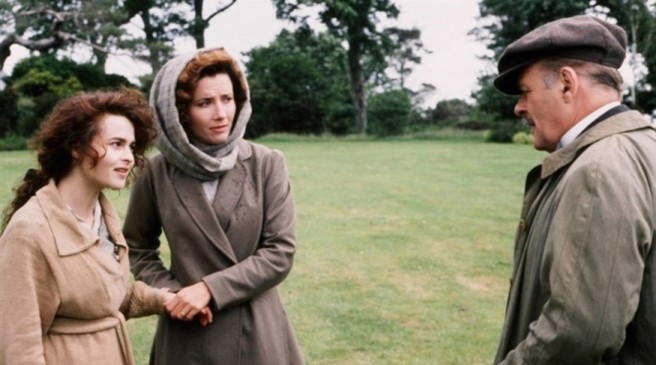 When people talk of Merchant Ivory productions, they think of Howards End, even if they haven’t seen it. But they should see it. Beautifully shot and near-perfectly acted, the story – set in early 20th-century England – intertwines three families born into their assigned classes. The aristocrats can mix with the middle class, and even marry them, although there could be a minor scandal. The middle class can fraternize with the working class and try to help their less fortunate friends. But he-of-the-manor-borne can only look down on the truly poor. Emma Thompson, Anthony Hopkins, Helena Bonham Carter, and Vanessa Redgrave make the characters unique human beings instead of merely symbols of their castes.