This article was supposed to be about Saturday and Sunday at the Castro for the Noir City film festival. But after writing what’s below on Sunday morning, and then realizing that I was under the weather, I stayed home.

This year’s theme is the 1950s, with each double bill representing a single year. What I missed on Sunday was 1953’s double bill of Sam Fuller’s Pickup On South Street (one of my favorite noirs and my-time favorite Fuller) and City That Never Sleeps, which I’ve yet to see. 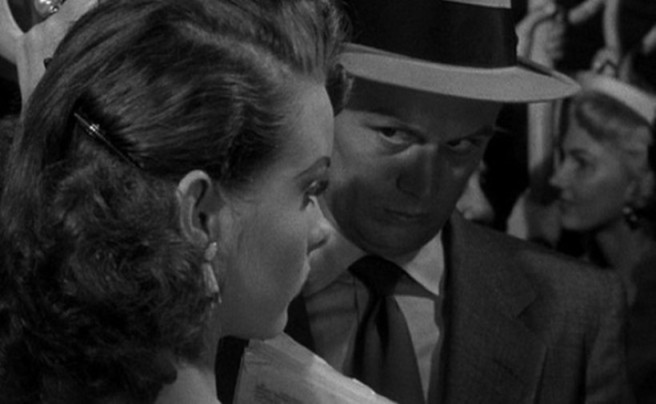 But before I get to the movies I did see, I need to talk about time. All of the weekday screenings start at 7:30. That’s pretty late for a double bill, especially on a weekday. The second movie on most bills start after 9:00; many after 9:30. To make matters worse, these second bills often start late. I saw two double bills on Saturday, and in each case, the first movie ended after the second one was supposed to start.

For this reason, I’ve decided not to attend any weekday screening of Noir City. I’m too old to come home past midnight.

Part of the problem may have been the ten-minute long festival trailer. It has some nice stuff, but it’s just too long.

Okay, so much for the rant. Here are the movies:

The Well
A little girl disappears in a small town. The girl is black, and the obvious suspect is white. Soon both races become angry and suspicious, and violence begins to break out.

I should mention that the audience knows from the start that no crime has been committed. In the very first scene, we see the girl fall down the well of the title. 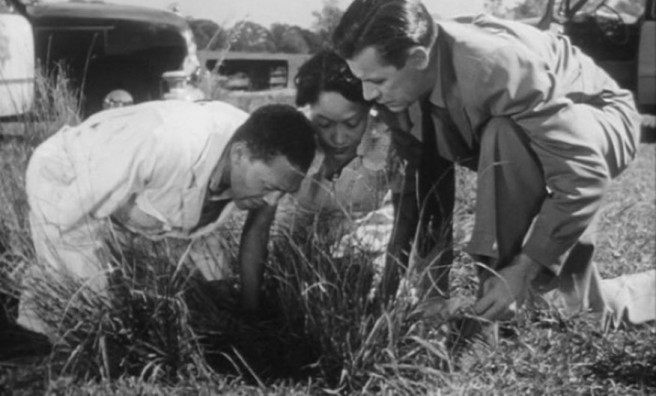 The first part of the movie deals with racism, and for a film made in 1951, it’s why ahead of its time. No one says the phrase “white privilege,” but the black characters, as well as some of the more enlightened whites, understand it. The second part follows the town coming together to save the girl. It’s reasonably suspenseful, but nowhere near as interesting as the first part.

The Well is a very cheap B picture, but a good one. It’s close to being a lost film. The Festival projected the movie from a DVD taken off a badly-scratched 35mm (or maybe 16mm) print owned by a collector. There was no attempt at a proper digital restoration.

I give this B picture a B.

Detective Story
This one is no B picture. It stars Kirk Douglas and was directed by William Wyler. It’s based on a stage play, and even though most of the film is set in one location (a police station), it’s only in the last act that it feels stagey.

Douglas gives one of his best performance as a police detective with a very strict moral code…at least when it comes to other people’s conduct. He hates anyone who breaks any law – except, of course, when he illegally beats up a suspect. He will lose a lot to learn his lesson. 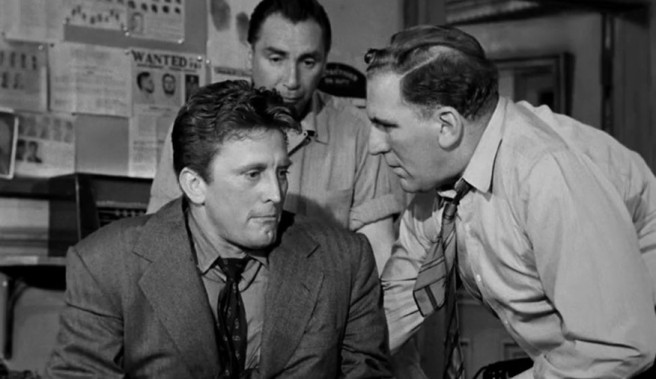 Oddly, Douglas keeps his shirt on in this picture.

A major plot issue involves a doctor performing illegal abortions…except that the censorship of the time didn’t allow any hint of such things. The film avoids mentioning what horrible, illegal thing the evil doctor does. Judging from the dialog, he appears to be an obstetrician, which I didn’t think was illegal in New York in 1951.

Lee Grant brings both sweetness and comedy in a supporting role as a first-time shoplifter. It was her first big-screen role, and it won her a Oscar nomination and a Cannes award. But she got caught up in the blacklist, and didn’t appear on the big screen again until 1967.

The DCP looked good, but not exceptional.

The Turning Point
Don’t confuse this with the ballet film from 1977.

Two top male stars of the 50s – one of the most magnetic (William Holden) and one of the most dull (Edmond O’Brien) – work together to destroy organized crime. O’Brien plays the idealistic district attorney who will do anything to destroy the mob. Holden plays his life-long best friend, a reporter on the crime beat. Alexis Smith plays the woman between them. 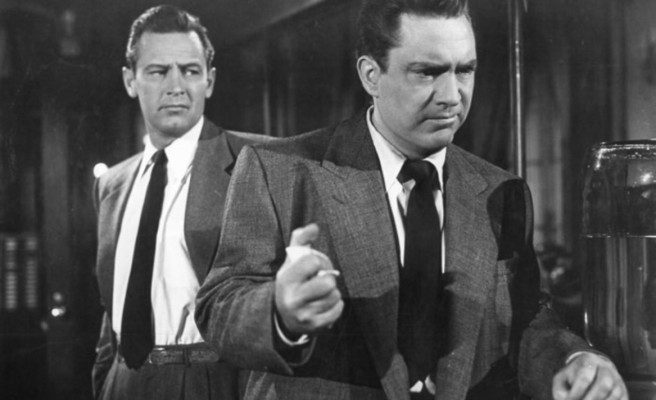 The DCP looked fine but not exceptionable.

I give the film a B.

Angel Face
Jean Simmons is a is a rich young woman living with her beloved father and her very-rich, not-loved-at-all stepmother. She falls in love with, or more likely digs her talons into, Robert Mitchum as is an ambulance driver who knows everything about cars. Mona Freeman plays his regular girlfriend. 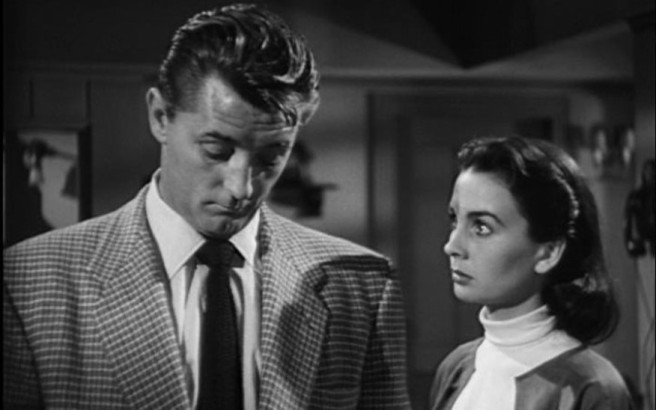 Obviously, somebody is going to commit murder.

But Angel Face isn’t very good. It slow, and often dull. Worse yet, Simmons’ character is as unbelievable as she is evil. Late in the film she makes a wild personality change that takes the rug out of the story.

3 thoughts on “Saturday at Noir City”