Crime and grime penetrate Los Angeles in this very dark noir. The deeply dense plot works mostly as a structure for presenting atmosphere and character. But then, in the last few minutes, that plot suddenly becomes clear and everything falls into place. You leave the theater satisfied.

An almost unrecognizable Nicole Kidman plays Officer Bell, the hard-drinking, tough, unreliable police detective at the edge of her shrinking capabilities. When she arrives at the scene of a murder, her co-workers curse and squirm; she’s the last person they want to deal with. She claims, with absurd bravado, that she already knows the killer, but she won’t speak to anyone else about it. 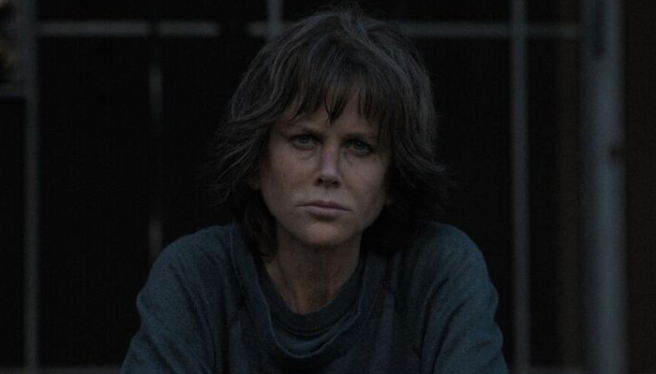 Bell’s private life is as messed up as her professional one…if that’s possible. She has an ex-husband and a 16-year-old daughter doing everything that a teenager shouldn’t do. The daughter, who chose to live with the ex-husband, carries a white-hot hate for her mother that goes far beyond the usual adolescent rebellion.

I hadn’t seen Nicole Kidman in a movie in years, and I had forgotten just how talented an actress she is. Her eyes, when not looking like the walking dead, show every big and little mistake Bell made in her life, and there were many. Tired, weary, and constantly angry, she has seen every bad thing a human being could do, and she has done many of them herself.

Bell repeatedly proves herself a very bad cop. She goes into danger without backup. She turns a dangerous hostage situation into a gunfight. She throws a suspect into the trunk of her car and imprisons her in a rundown apartment. 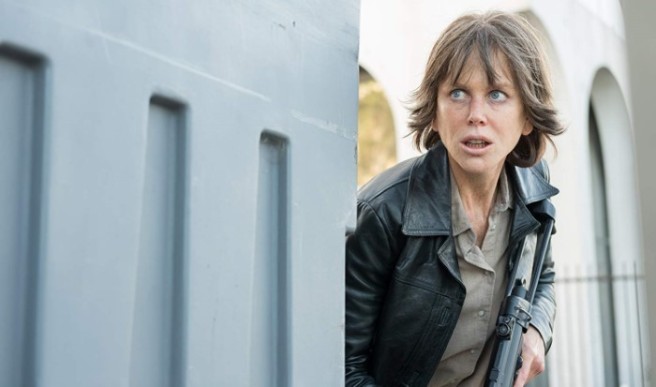 Occasionally we see glimpses of a once-considerable competence. She follows clues that take her to wherever she wants to go. She tails a car in city traffic without losing it or getting noticed. And after a bodyguard beats her up, she turns the tables on him and wins the fight.

It’s easy to see Bell a female variation of the hardboiled detective of the 40s and 50s. But there’s a big difference. Those old-fashioned, male detectives were vulnerable…up to a point. Eventually, they’d shake off their physical and mental wounds and get on with it. But Bell carries every single one of those wounds with her.

I said that Kidman is almost unrecognizable in this film, but there’s a big exception. Flashbacks show a younger, fresh-faced, happier woman who looks very much like the beautiful Kidman we know. In these scenes, she’s hanging around with the gang…and I mean gang in the criminal sense. In theory, she’s supposed to be working undercover, but it’s hard to tell where her sympathies lie. Her habit of making bad choices started early. 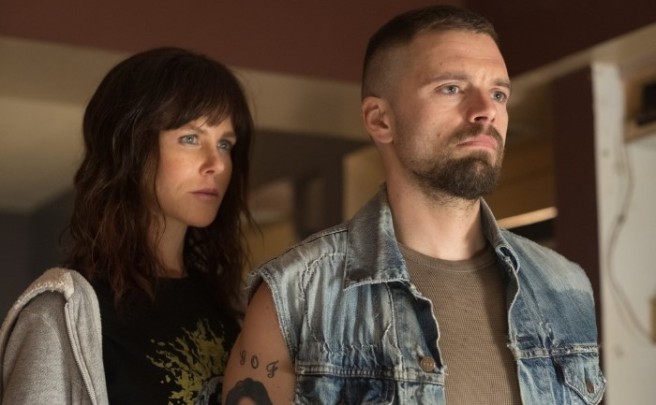 LA has been the city of noir since Raymond Chandler started banging on a typewriter. Destroyer brings the corrupt city of fallen angels into the 21st century. Now the gangsters wear tattoos instead of fedoras. But the dark streets, seemingly stretching forever, still give the same old noir feeling. But this time, it’s more corrupt than ever.