This year’s Mill Valley Film Festival closed Sunday. I caught two narrative films there. I loved them both.

Both films will get theatrical releases in the near future. 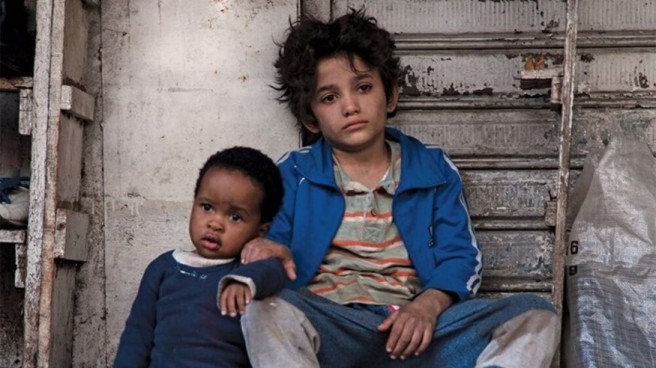 Children living in poverty have to do for themselves in this heartbreaking story of love and the lack of love. Twelve-year-old Zain sues his parents for bringing him into a cruel and horrible world, but that’s simply a plot hook. Through flashbacks, we discover his life as a resourceful boy who can’t afford to be honest. After his younger sister – the only person he cares for – is sold into marriage, he runs away, befriends an undocumented Ethiopian woman, and finds himself, after her arrest, the sole caretaker for her baby.

A- If Beale Street Could Talk, Closing night film! 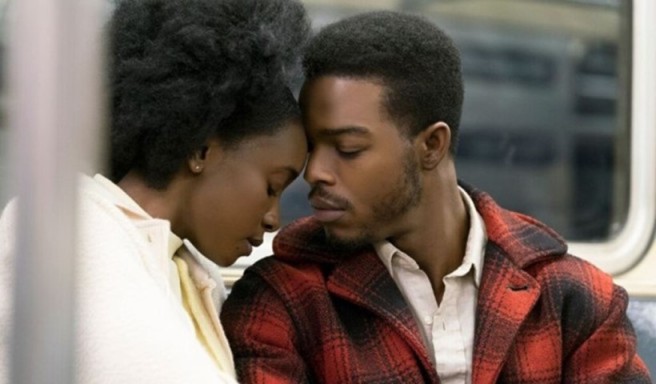 Barry Jenkins’ new film isn’t quite up to his Oscar-winning Moonlight, but it’s still a strong and moving work, looking closely at the African-American experience. Adapted from James Baldwin’s 1974 novel, it tells its story through Tish (KiKi Layne), a black and pregnant 19-year-old living with her parents and sister. Her upstanding and loving boyfriend Fonny (Stephan James) is in prison for a rape he could not possibly have committed. Tish and her family do everything they can to prove his innocence, but he’s black, and that’s enough for the system to find him guilty.

The screening happened simultaneously at the Rafael‘s big Theater 1 and the smaller, upstairs Theater 2. I was in Theater 2, where we could watch the Q&A with Jenkins and Layne via a video link, but couldn’t participate.

Unlike the SFFILM Festival, Mill Valley doesn’t have people with wireless microphones in the audience. In Theater 1, I suppose, it was difficult to hear the questions. In Theater 2, it was impossible. Executive Director Mark Fishkin, who lead the Q&A, repeated shorter versions of the sometimes rambling questions into his mic.

Considering that situation, here are some choice comments from Jenkins and Layne, edited for brevity and clarity:

Then the Q&A was highjacked by a man in Theater 1. He just kept rambling, saying something that no one in Theater 2 could possibly hear. For a while, we amused ourselves with the body language of the three annoyed people on stage (which we were watching on the screen).

Eventually, I gave up. As far as I know, the man may still be talking in Theater 1.