It’s August, 1945. The war in Europe ended scarcely three months ago. In a small Hungarian town, two Orthodox Jews get off the train. Who are they and what are they doing there?

1945 isn’t about these two Jews. It’s about the townspeople, and their reaction to the strange and oddly terrifying visitors.

This is one beautifully-made film. Shot in black and white and presented sepia toned, almost any frame could be blown up and mounted on a wall. But cinematographer Elemér Ragályi provides more than just pretty pictures. He creates a sense of a mournful, unhappy past. 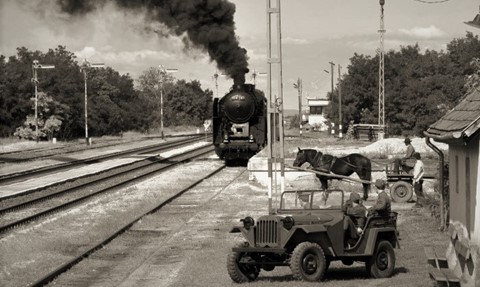 The story takes place over a single day. The town clerk (who also runs the drug store) has more to think about than two strange Jews. His wife is a drug addict. His son’s wedding is scheduled for that afternoon. The bride is still in love – actively and physically – with a previous fiancé. And everyone must bribe the Russian soldiers to keep everything moving smoothly.

But it’s the appearance of two male Jews, carrying two large boxes, that turns everyone paranoid. And with reason. Many of the town’s leading citizens have homes and businesses that were vacated when the proper owners were shipped away in cattle cars. Will the Jews demand their property back? 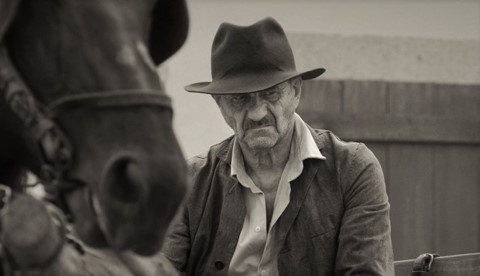 The townspeople don’t even know if these two Jews are local boys. It says something about the community that they’re not sure if the names or faces are familiar. “They all look alike.”

Not that the two Jews help much. They never smile, don’t make eye contact, and say as little as possible. They are as aloof as they can be. Do they despise the gentiles as much as the gentiles fear them? Or are they suffering from post-traumatic stress disorder? After all, they’ve gone through horrors that most of us cannot imagine.

In some ways, you can feel for the townspeople. While some of them benefited from the Holocaust, they’re all victims of recent history. They were occupied by Hitler’s army, only to have that replaced with Stalin’s. Some have lost sons in the war. They don’t want to lose what little they have left. 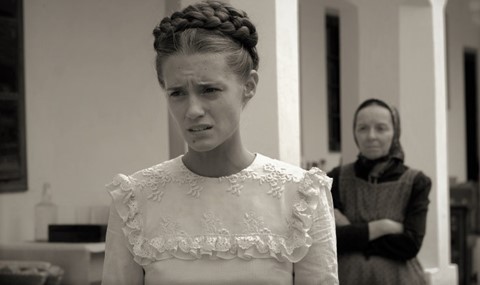 Some of them know they’ve done wrong and feel bad about it. One woman tells a guilt-ridden story of trying, and failing, to save a young boy.

When you think about it, the plot of 1945 could work as a dark comedy. All it would have needed was some slight exaggeration and a sense of comic timing. That would have made an excellent movie. But I’m glad that director Ferenc Török and his co-writers chose a different approach, and created a form of magic. [On April 20, I corrected an error in this paragraph. My thanks to Lana Nieves for bringing the error to my attention.] 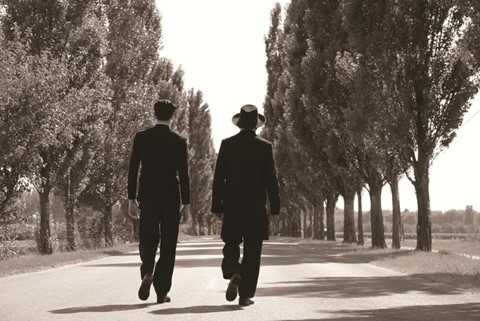