After such a disappointing Thursday at the San Francisco Silent Film Festival, I had a great Friday. I saw two movies, and both were excellent.

But outside of the theaters, it was awfully wet. When people tell you that rain is the perfect weather for a film festival, don’t believe them. It’s horrible. You must get from one venue to another. Some theaters make you wait in line outside in the downpoor. And when you get into the theater, there’s nowhere to put your wet clothes and umbrellas.

A Man of Integrity 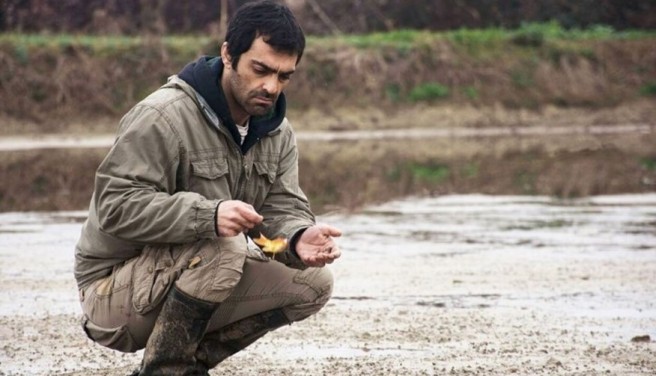 This incredible film from Iran paints society as horribly corrupt – a place where you either exploit others or get exploited, or likely both. Reza, a fish farmer in a rural area, gets into trouble for refusing to bribe officials, producing a downward spiral for himself and his family. Their water (important for his job) is cut off. He’s arrested for fighting, and getting the bail becomes unusually difficult. His wife, principle of the local girl’s high school, tries to fix the problem but only makes things worse. The honest hero isn’t perfect; he has a short temper, secretly drinks, and puts his virtue above his family’s safety. A subplot involves the oppression of non-Muslims in Iran. With no onscreen violence, A Man of Integrity becomes extremely suspenseful.

The stars, Reza Akhlaghirad and Soudabeh Beizaee, give realistic and measured performances; with his white-hot intensity matching her more thoughtful and practical approach. Both actors are exceptionally good looking, proving that commercial cinema values are universal. There’s even a moment, rare in Iranian film, suggesting that husband and wife are about to make love.

There was no Q&A after the screening. The writer/director, Mohammad Rasoulof, is not well liked by the Iranian government. (Among other crimes, he made the dreamy White Meadows). He was not allowed to leave the country.

You have two more chances to see A Man of Integrity: 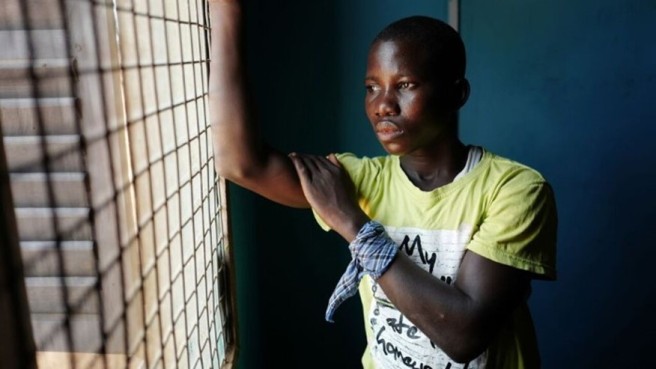 Some documentaries make you feel good about your humanistic view of the world. The Rescue List makes you feel guilty. How could you not, with a hero like Kwame at the movie’s center.

Kwame devotes his life to saving child slaves around Lake Volta. He takes them to a compound, where they go to school, play, and make friends with other kids who’ve had similar experiences. Child slavery is illegal in Ghana, but the law isn’t always enforced.

The filmmakers were smart enough to concentrate not just on Kwame but also on three boys he rescued. The kids are kids, which means they’re delightful to watch as they learn and play. By focusing on these three, you connect emotionally with the whole enterprise.

There’s another side here. Many kids are eventually returned to their parents, which can be problematic. The parents are often implicit with the original crime.

You have two other chances to see this documentary:

After the screening, filmmakers Alyssa Fedele, Zachary Fink, and Davis Coombe, along with anti-slavery activist James Kofi Annan, stood up for a Q&A. Kwame did not attend; the State Department refused him a visa.

Some highlights, edited for clarity and brevity.