Alfred Hitchcock and Michelangelo Antonioni together at last, along with Bill Nye, Bob Fosse, James Dean, and two – yes, only two – film festivals. All that and more on Bay Area screens.

There’s one film playing at the 3rd I Fest that I can recommend:

A The Cinema Travelers, Cinearts at Palo Alto Square, Saturday, 1:00 (in the afternoon)

This beautiful cinema vérité documentary looks at the itinerant showmen who bring movies to rural India. Often staying with carnivals, they lug 35mm projectors, prints, and circus-sized tents from place to place. This documentary celebrates the mechanical ingenuity found in poor countries, where replacing a projector is almost never economically possible. (And not just projectors; this movie contains the oldest truck I’ve ever seen.) In the second half, they begin the inevitable transition to digital – a bittersweet change that makes their lives easier but destroys a remarkable skill.

You probably already know about Bill Nye – the silly-looking guy in the bowtie who talks about science. This sympathetic documentary puts the engineer-comedian-science evangelist in a pleasing light, while showing him as a flawed human being. The film covers his 90’s children’s TV show, his controversial debates with creationist Ken Ham (which probably helped Ham more than it helped the cause of science), his arguments with climate change denier Joe Bastardi, and his work as CEO of The Planetary Society. We even find out about his problems with intimacy and why he never had kids. Read my full review. 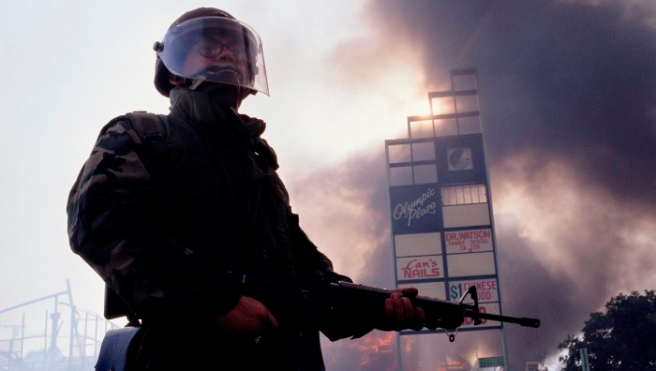 I’ve reviewed two films about the Rodney King riots in less than three months. Of the two, this is the one to see (the other is Gook). This documentary starts with the 1965 Watts riots, then brings us to 1991, when four police officers needlessly and horribly beat up King. Then it covers the trial, the disappointing verdict, and the riots – which take over about half of the film’s runtime and at times feel repetitive. LA 92 tells this story almost entirely in archival video, mostly television news coverage, giving it a powerful immediacy. Read my full review.

What a brilliant piece of programming! Hitchcock and Antonioni are about as different as two great auteurs can be, and even though the films are only 12 years apart in age, they feel like they’re from entirely different eras. Both are about a photographer who suspects murder. Both deal with alienation and voyeurism. Rear Window stands among the greatest films ever made; you can read my A+ appreciation. I have no opinion on Blow-Up – an important film in its time – which I saw once about 45 years ago. But I’ll fix that Saturday night when it screens at the Pacific Film Archive (the first of three screenings there). 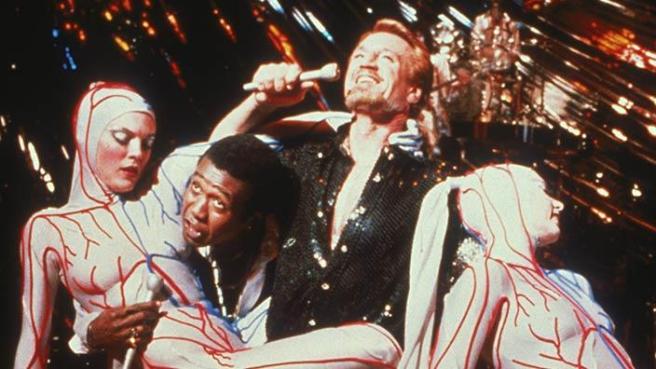 I haven’t seen Bob Fosse’s dark, autobiographical musical about show business and lung cancer since it was relatively new. I remember it being very disjointed. But I also remember some amazing scenes. I loved the moment when Roy Scheider – playing the Fosse surrogate – realizes that he’s smoking in the shower. On a larger scale, there’s Scheider and Ben Vereen singing and dancing about death to a reworded Paul Simon hit (“Bye, bye, life”). The last film in the series Bob Fosse’s Dark Musicals.

Few movies about movies are as funny as  Tom DiCillo’s low-budget comedy about making a low-budget drama. Steve Buscemi stars as a director who should probably consider a career change. He doesn’t do well under pressure, his screenplay is filled with clichés, and he couldn’t coax a decent performance out of Meryl Streep. Peter Dinklage is hilarious in his first film appearance. Read my report. 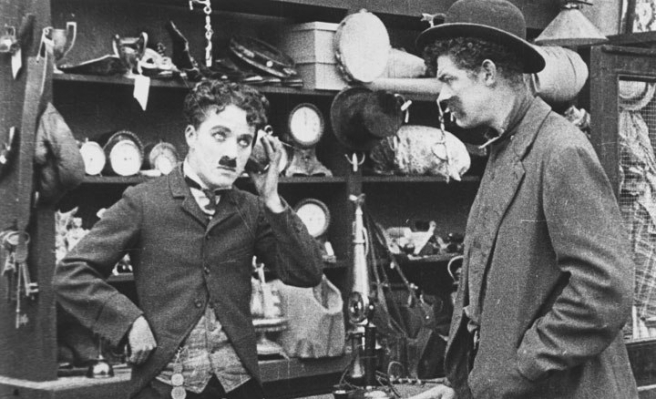 All four shorts on this month’s bill are worth catching. Chaplin’s The Pawnshop comes out of his Mutual period, when every short was a comic gem. Harold Lloyd’s Number Please, where he was massive problems getting a phone connection, also creates a lot of laughs. Buster Keaton’s Daydreams may have once been a masterpiece, but so much of the footage is missing that we can’t be sure. What we have is still pretty good. Pass the Gravy stars the largely forgotten Max Davidson. It may be the funniest of the four. Both The Pawnshop and Daydreams will be screened in 35mm.

James Dean electrified the screen and became a star and a legend in this John Steinbeck adaptation. He plays an alienated teenager at odds with his strict and religious father and his ever-so-upright younger brother. An updating of the Cain and Abel story set in early 20th-century rural California, Eden occasionally steers towards the over-dramatic, but for the most part it’s an effective story about a generation gap, made a decade before that term was coined.