Here are five more films that will screen at the Mill Valley Film Festival:

A The Light of the Moon 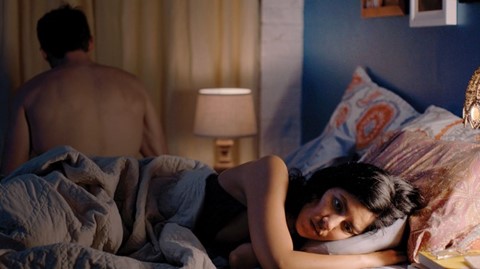 A young woman tries to heal emotionally after a rape. She rejects therapy. She lies about the bruises on her face. She tells the truth to her loving and attentive boyfriend, but she rejects much of his attempts at being supportive. Writer/director Jessica M. Thompson shows us the turmoil inside her mind, and the frustration of those who want to help. This is not a film about the politics of rape, or the legal issues (although these do come up). It’s about one victim and how she reacts and tries to recover. Truly excellent.

B+ The Divine Order 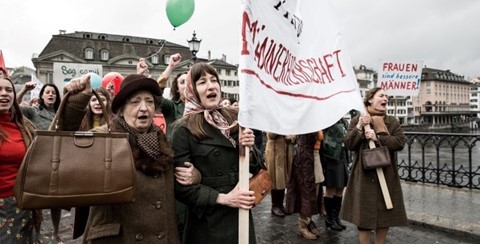 The film will have a theatrical release after the festival.

B+ The Long Shadow

This African-American history lesson covers a lot – from the early colonies to the 21st century – in 87 minutes. It comes from an interesting point of view: Director Frances Causey is a white descendent of slave owners who had to learn on her own to reject the myth of the Lost Cause. Although conventionally made, this documentary makes a strong argument that black Americans have been and still are intentionally pushed down by the system. The problem, of course, is that the people who need to see this film will never see it – and if they did, they’d reject it.

B- The Deep Sky

C+ After the War

A political assassination forces a former radical leftwing terrorist (Giuseppe Battiston) to go on the lam, and he takes his reluctant, teenaged daughter (Charlotte Cétaire) with him. The filmmakers wisely paint the former terrorist as a creep; he’s selfish, alcoholic, and still justifies a murder he committed ages ago. But our hearts go out to the innocent teenager, trapped by her awful dad. After the War works when it stays with these two people. But too much screen time goes to less-interesting members of the family. And the ending is just too convenient.