I haven’t seen Steven Spielberg’s follow-up to Jaws in a very long time. I remember being awed by the effects, but even more so by an argument between a married couple, heard but not seen, while the camera stayed focused on a close-up of their young child. But I also remember thinking that the story was pretty thin – an excellent example of what happens when a brilliant director doesn’t realize he has a lousy script. New digital restoration. 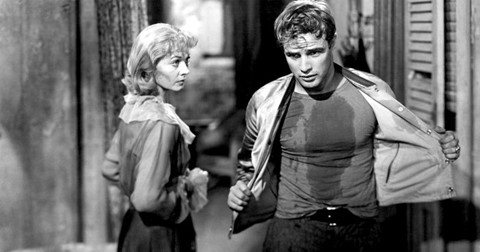 It’s been way too long since I’ve seen the Tennessee Williams’s adaptation that made Marlon Brando a star. And yet, whenever I hear the name Stella, I must fight down the desire to yell it. I also remember it being a very powerful and well-acted story. New digital restoration. Part of the series Marlon Brando: The Fugitive Kind. 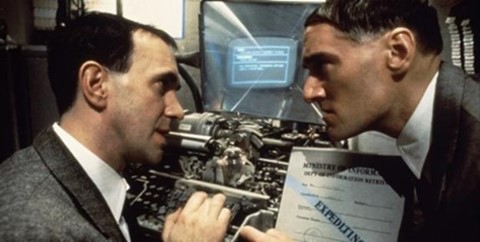 One of the best black comedies ever filmed, and the best dystopian fantasy ever. In a bizarre, repressive, anally bureaucratic, and thoroughly dysfunctional society, one government worker (Jonathan Pryce) tries to escape into his own romantically heroic imagination. But when he finds a real woman who looks like the girl of his dreams (Kim Greist), everything starts to fall apart. With Robert De Niro as a heroic plumber. This is the second and best of Terry Gilliam’s three great fantasies of the 1980’s, and the only one clearly intended for adults. Read my Blu-ray review.

Intended by investors to be just another teenage sexploitation comedy, writers Wayne Crawford and Andrew Lane and director Martha Coolidge turned Valley Girl into a semi-classic, very funny update of Romeo and Juliette. It stars Nicolas Cage in his first major role (before he got weird) and makes some of the best use of rock ‘n’ roll ever in a movie that isn’t about music. On a very strange double bill with Paul Thomas Anderson’s very serious Magnolia.

A- On the Waterfront, Pacific Film Archive, Sunday, 7:00 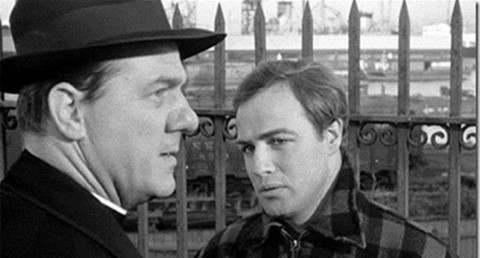 A thug-run union and conflicted loyalties drive this revered drama, shot on location in New York. Marlon Brando stands out amongst a brilliant cast as a half-bright dock worker struggling between loyalty to family and his own conscience. Yet some plot twists are just too convenient. A bigger problem: Both writer Budd Schulberg and director Elia Kazan named names to get off the anti-Communist blacklist, then made this film to justify their acts of cowardice. Another part of the series Marlon Brando: The Fugitive Kind.

B Baby Face, Stanford, Thursday and next Friday

This is the sort of film for which the term “pre-code” was coined. When we first meet Lily (Barbara Stanwyck), her cruel father pimps her out to working-class guys. But she’s smarter and more ambitious than that. She picks a big company, and climbs the corporate ladder – one bed at a time. A not-yet famous John Wayne shows up as one of her very short-term lovers. A year and a half after Baby Face came out, it could not have been released. On a double bill with Now, Voyager, which I must admit I have never seen.

One thought on “What’s Screening: September 1 – 7”