A deadly preacher, a family of superheroes, love-struck pre-teens, and a bunch of hippies appear in Bay Area screens this week.

In this predicable but very funny comedy, a dog and a cat run away from the young woman who owns them, get struck by magic, and become men – hot, gorgeous, sexy men. But inside, they’re still a dog and a cat. The former cat uses his good looks and graceful movements to become the next big male model, while the dog-turned-human is attentive and caring and wants to hug everybody. And their former owner starts getting some very welcome attention from two gorgeous men who don’t seem to understand the concept of sex. Writer/director Finn Taylor will be at both screenings. 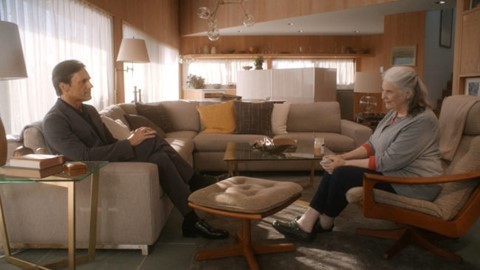 Marjorie (Lois Smith) is old, senile, suffers from arthritis, and lives by herself (with frequent visits from her daughter and son-in-law). She’s not long for the world. But she has a companion of sorts – a computer-generated projection of her late husband (Jon Hamm). He talks to her sympathetically. He tells her stories about their life together. He encourages her to eat. This futuristic drama meditates on memory (both the human and digital kind) and mortality. And for the most part, it does it very well. Read my full review. 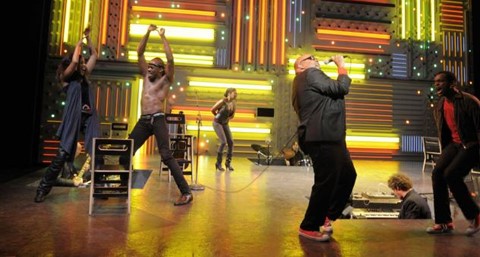 The story of a young black man’s coming of age, this stage musical premiered at the Berkeley Repertory Theatre, went on to Broadway, and was captured as a performance film by Spike Lee. And now it’s back in Berkeley. A free outdoor screening.

It’s been a very long time since I’ve seen Paul Thomas Anderson’s tribute to Robert Altman, Los Angeles, and arguably the book of Exodus. I recall very much liking this multi-threaded collection of lost souls in Southern California. The all-star cast includes Jason Robards, Julianne Moore, William H. Macy, and Tom Cruise in one of his rare performances as a believable human being.

A Night of the Hunter, Rafael, Sunday

Widow and mother Shelley Winters makes a very bad choice for a second husband–a cruel, sanctimonious, violent, and criminally insane preacher (or fake preacher) played by Robert Mitchum. Told mostly through the eyes of the two children who must survive their new stepfather, the story is grim, atmospheric, frightening, and haunting. Then, in the last act, Lillian Gish shows up as a practical, down-to-earth savior of lost children. It’s some sort of Christian parallel, although I’m not exactly sure how. Charles Laughton’s only film as a director, it makes you wish he made more. Part of the series Mr. Mitchum. 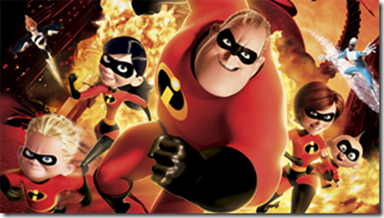 The first decade of the century was the golden era of superhero movies, and Brad Bird’s first film for Pixar was one of the best. Not based on a comic book series (although you can’t ignore similarities to The Fantastic Four), it follows a married couple of retired superheroes as circumstances force them to pull out the spandex and save the world once again. And this time, with their kids. A rousing and utterly enjoyable entertainment, The Incredibles also brings up issues of conformity, adolescence, and the dangers of wearing a cape. 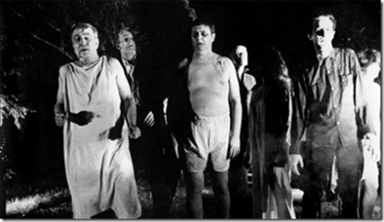 This is fear without compromise. The slow, nearly unstoppable ghouls (sequels and imitations would later rename them zombies) were shockingly gruesome in 1968. Decades later, the shock is gone. But the dread and fear remain, made less spectacular but more emotionally gripping by the black and white photography. Night of the Living Dead is scary, effective, occasionally funny, and at times quite gross. It can be viewed as a satire of capitalism, a commentary on American racial issues, or simply one of the scariest horror films ever made. Read my essay. 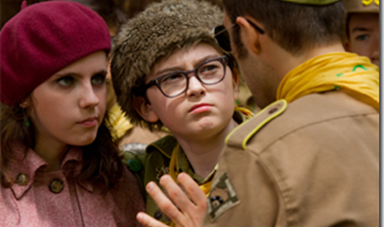 Wes Anderson at his most playful. Also at his sweetest and funniest. Two pre-teens in love run away–disrupting everything on the small New England island where the story is set. While the fantasy of young love makes you feel all warm and fuzzy inside, the adult reaction keeps you laughing–in large part because major stars play the main adult characters, and they’re clearly enjoying a chance to clown. They include Bill Murray, Edward Norton, Bruce Willis, and, best of all, Tilda Swinton as “Social Services.” 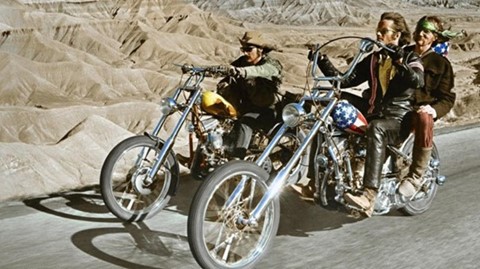 The A- goes to the concert documentary, Monterey Pop. Over the course of a weekend, The Who, Jimi Hendrix and Janis Joplin became stars. One of the first memorable concert documentaries. Easy Rider changed Hollywood. Weird, low-budget, and breaking every rule, it nevertheless became a big hit. The movie hasn’t aged well, but it’s still worth seeing as a bug in amber from a lost age. I give it a B. See America Lost & Found: The BBS Story. 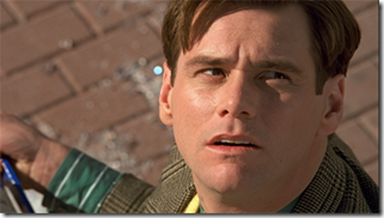 Before reality television reared its mediocre head, writer Andrew Niccol and director Peter Weir foresaw it in this comic fable about a man raised unknowingly in a giant television studio. Although prophetic in many ways, The Truman Show takes the concept way beyond plausibility, suggesting a television show that would be economically and legally impossible. A few months after this picture came out, The Ed Show offered a better and far more realistic prophesy of reality TV.