I found this documentary extremely difficult to watch, but also desperately important to experience. It tells the history of the West Bank settlements, mostly through the words of determined, militant, racist, religious fanatics with a world view that’s at odds with basic human decency. It leaves you feeling that there’s no hope for a just peace–probably because there really isn’t any hope. You won’t get this one out of your system easily. 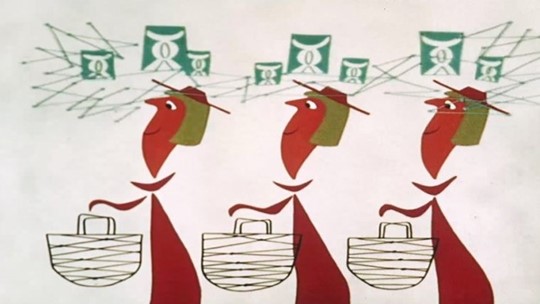 Not every film shown in theaters is feature length – or intended strictly for entertainment. The National Film Preservation Foundation presents this selection of commercials, public service announcements, and other message shorts, all from their collection of “more than 450 examples made by corporations, schools, medical organizations, religious groups, political entities, and more.” 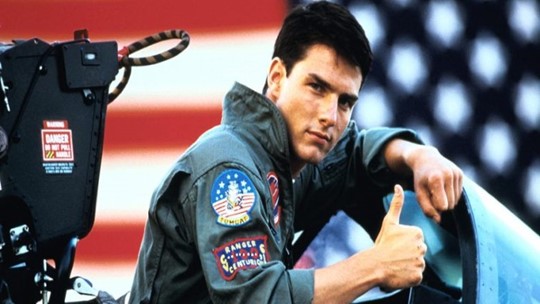 Top Gun was a big, noisy, pro-war hit of the Reagan era, and a major vehicle for a hot, young star named Tom Cruise. I haven’t seen it in a very long time, but if memory serves, it’s perfect fodder for comic commentary. Onstage, Nato Green, Natahsa Muse, Allison Mick and Josef Anolin will take down this two-hour recruitment poster. 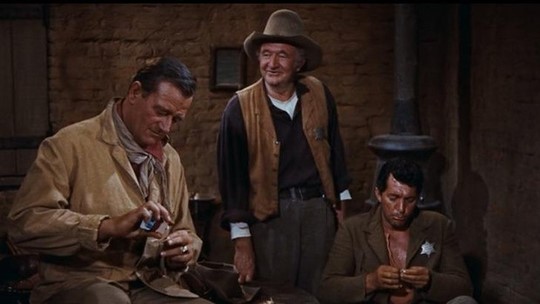 In his second western (his first was Red River), Howard Hawks went for a much lighter touch, and achieved an entirely different kind of greatness. John Wayne at his most cuddly must hold a frontier jail against the well-financed crooks who want to free the murderer inside. His only deputies are a drunk (Dean Martin), an old man with a bad leg (Walter Brennan), and Rick Nelson as the coolest, calmest variation on that western archetype, The Kid. Angie Dickinson plays Wayne’s love interest, and their scenes together border on screwball comedy. Funny, suspenseful, and largely character-driven, with some great action. The ultimate escapist western. 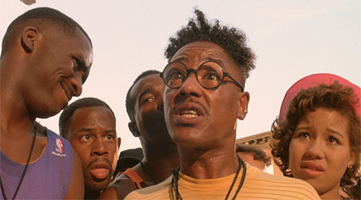 For a 27-year-old film, Do the Right Thing feels very much like the here and now. By focusing on a few blocks of Brooklyn over the course of one very hot day, Lee dramatizes and analyzes everything wrong (and a few things right) about race relationships in America. And yet this beautifully made film is touching, funny, warm-hearted, and humane. Read my A+ appreciation. On a double bill with Crooklyn, which I saw when it was new and didn’t care for.

B+ Ninotchka, Stanford, Saturday and Sunday 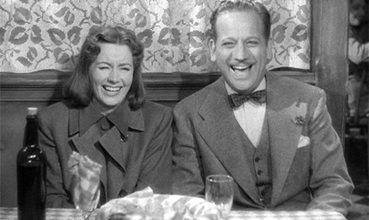 Greta Garbo’s first comedy and penultimate film is sweet, charming, romantic, and quite funny. She plays a loyal Russian Communist who comes to Paris to supervise three bumbling comrades messing up government business. But she’s soon charmed by both capitalism and Melvyn Douglas. The Billy Wilder script nails the absurdities of Communism: “The last mass trials were a great success. There are going to be fewer but better Russians.” On a Lubitsch double bill with The Shop Around the Corner, which I saw and liked decades ago.