I haven’t been able to visit Noir City during the week this year, but I did manage to see three of the four films that screened Saturday.

Movies from 1970s America made up the matinee double bill. Films from the turn of the 21st century made up the final one.

Here are the movies, in the order I saw them: 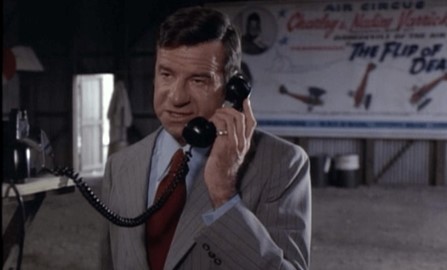 This reasonably good crime drama, directed by Don Siegal, breaks typecasting by starring loveable Walter Mathrew as a brilliant and relatively ruthless criminal. He’s the brain of a small own bank robbery that goes partially wrong. Some people die, but some get away with the money. But they got more money than a bank that size would have, which means that the Mafia will soon be after them. A couple of scenes are way beyond believable, but it has a very satisfying ending.

The 35mm print was a bit beat-up, but not enough to hurt the experience.

William Friedkin directs an amazing cast (Gena Rowlands, Paul Sorvino, Warren Oates, Peter Boyle, and starring Peter Falk). Based on a true story, it follows a group of working-class Boston burglars who successfully rob not just a Brinks truck, but the fortress where the company protects its money. 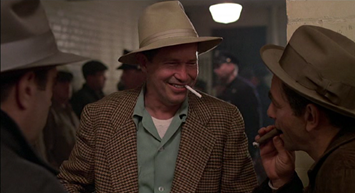 The Brink’s Job is often quite funny, but becomes suspenseful and even terrifying in the aftermath of the crime. The story takes place over about two decades, but the characters don’t appear to age. Entertaining but unexceptional.

The 35mm print was absolutely gorgeous.

Before the movie, and even before the introduction to the movie, Greer Sinclair came onstage in a very slinky dress and sang a very sexy rendition of the song Living by the Gun. You can get the general idea from the song’s video.

But let’s move from the sexy singer to the Sexy Beast.

This was the first film I’ve caught at this year’s Noir City that I hadn’t seen before. I liked it when I saw it on DVD soon after its 2000 release. But this time, seeing it on the big screen with an audience, I loved it.

Ben Kingsley destroyed his Gandhi image, playing one of cinema’s scariest villains in this British thriller. Wound tight as a drum, with absolutely no sense of decency, he’s profane, mercurial, cruel, and single minded. When he flies to Spain to recruit a retired gangster (Pay Winstone as the film’s protagonist), he won’t take no for an answer – in the most literal sense of the word possible. 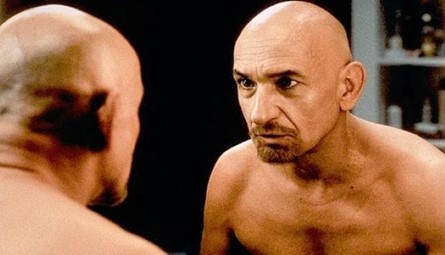 But the movie isn’t just about one amazing supporting role. Sexy Beast uses photography, editing, music, and off-beat humor like no other movie. There’s a joy and excitement in the art of filmmaking that’s contagious to the audience. It’s also a very sweet love story.

The 35mm print, with digital sound, looked and sounded great.

I didn’t stay for the last film of the day, The Aura. It was just too late in the evening.