As soon as I heard about FilmStruck–the new movie-streaming collaboration from Turner Classic Movies and the Criterion Collection–I eagerly waited for it to open its virtual doors. When it went online November 1, I signed up right away. But as my two-week free trial came to an end, technical and web design issues forced me to cancel my subscription. And even that cancellation was needlessly difficult due to bad website design.

And that’s a real shame, because FilmStruck offers the best selection of movies that a cinephile could hope for. An account gives you access to 25 of Akira Kurosawa’s 30 films, plus large selections of Chaplin, Almodóvar, Godard, and others. Available movies include A Room with a View, Tom Jones, Tie Me Up! Tie Me Down!, Kid Brother, The Magic Flute, and The Exterminating Angel–and that’s just in the comedy section. Every genre you pick will be filled with beloved classics and little-known gems.

And since Criterion is involved, you get extras, as well. Check out this regularly-updated list of available commentary tracks.

But these great movies and informative extras lose a lot if you can’t send them to your television. Yes, I know that some people like watching films on a laptop or even (gag!) a smartphone, but I’m not one of them. If I can’t conveniently stream a movie to my HDTV, I don’t want to pay for the streaming service.

If you have an Amazon FireTV or an Apple TV (I don’t), you should have no trouble watching FilmStruck movies on your television. But if you stream through Roku or Chromecast (I have both), you’re out of luck. FilmStruck promises to add support for these platforms early next year. You can download iOS and Android FilmStruck apps now, but they currently lack the Chromecast support that’s built into most video-playing apps on these platforms. 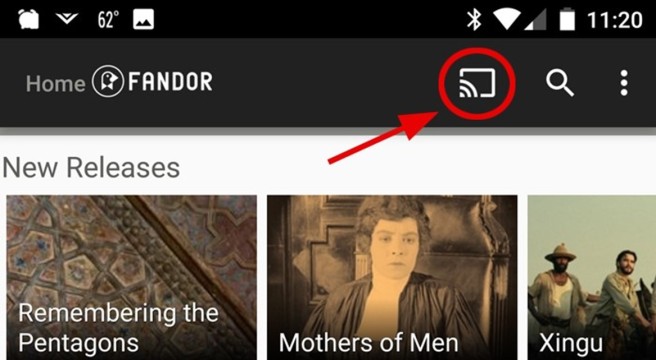 You can probably connect your laptop to your TV, and I’ve been doing it a lot these past couple of weeks. But it’s a hassle to set up, and if your laptop lacks an HDMI port, you’ll have to buy some sort of adapter. You can use a wireless mouse as a remote control, but even pausing a movie that way can be awkward.

What’s more, every FilmStruck feature I watched on my laptop (with or without the TV) had buffering problems. Every so often, the image would freeze and a spinning graphic told me to wait. Once I waited several minutes and had to refresh the webpage. I rarely experience buffering issues with other streaming services.

The FilmStruck website places curated selections front and center. As I write these, the FilmStruck tab offers World Discoveries, Native People, Native Lands, Directed by Pedro Almodóvar, and others. On The Criterion Channel tab, there’s The Mustache Club, Adventures in Moving Going, and a double feature of The Lady Vanishes and The Vanishing. You can also browse by Genre, Recently Added, Popular Titles, and so on. And, of course, you can search for a title or a filmmaker. 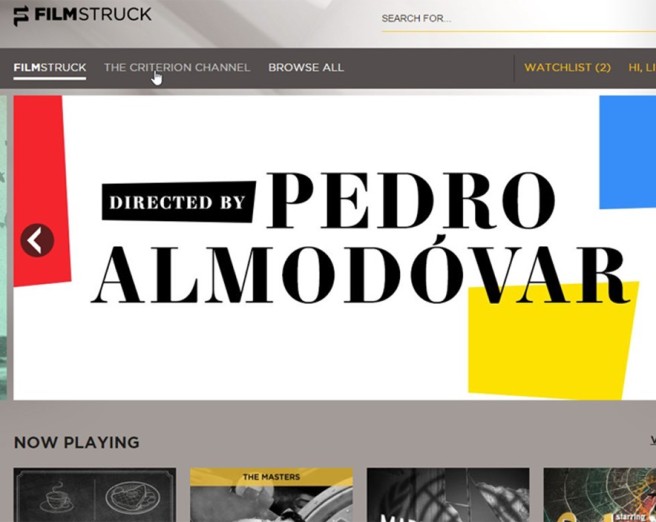 But the search tool had problems. I searched for Akira Kurosawa, and found 25 of his films plus the documentary A.K. But I also found several Japanese films that had nothing to do with the master filmmaker. What these films did have was a director or cast member named Akira something or something Kurosawa. It’s a good thing I didn’t search for John Ford. Putting “Akira Kurosawa” in quotes resulted in no finds at all.

Another organizing problem: Whoever wrote the alphabetizing algorithm didn’t understand how to treat the word The at the beginning of a title. The 400 Blows, The Bad Sleep Well, and The Last Laugh all come up in the Ts.

I could excuse bad organization if I could easily get the stream to my TV. Since I can’t, I chose to cancel my membership before the two-week free trial ended. And that’s when I discovered just how truly bad the FilmStruck website can be.

I could find no workable way to cancel my subscription. I found links that promised to help me do just that, but when I clicked on such a link, it brought me to a page with another promising link. And then another, and another, until I was back where I started. I used their tech support chat feature, and the support person gave me instructions with included clicking a link that wasn’t there. She gave up and promised that “I will put in a ticket for you to cancel your account. We will be in touch with you via email when it is resolved.”

I never received the email, but my account has been cancelled.

Which means I can’t stream anything of Criterion’s. The company stopped licensing their films to Hulu and Fandor when FilmStruck opened.

The people running FilmStruck clearly love cinema and want to bring us great films. But when it comes to sending those films down to the user, or creating a proper website, they have a lot to learn.