The 13th amendment freed the slaves. Or did it? In the 150 years since emancipation, state and local governments have turned prisons into slave labor camps filled primarily by the decedents of those freed in 1865. And in our time of mass incarceration, it’s only getting worse. Ava DuVernay’s powerful documentary (which is also available on Netflix) gets not only to the heart of the problem but also to its bowels. This isn’t an easy movie to sit through, but every American should see it. Part of Doc Stories.

I’ve already suggested that Mad Max: Fury Road should be seen in 3D. Well, here’s another way to see it: in black and white, silent, and with live musical accompaniment by the Firmaments. I suspect it will still be a fun ride. For the record, I gave the color/sound/3D version a B+. Part of Another Hole in the Head Film Festival.

It’s been far too long since I’ve seen Spike Lee’s masterpiece about racial tensions on a hot day in Brooklyn. I suspect I would give it an A or even an A+ if I were to see it again. The first film in the series Three Lives: Classics of Contemporary African American Cinema.

The Vogue’s four-day, five-film, 15-screening marathon of 007 launches Thursday night. The opening movie: Goldfinger, which I give only a B-. That’s followed by Dr. No and On Her Majesty’s Secret Service, neither of which I’ve seen in a very long time.

In the first chapter of Satyajit Ray’s Apu Trilogy, we meet the central character as a curious and mischievous child. Upbeat in nature, Apu delights in the world around him despite his family’s desperate poverty. He and his older sister play and fight and avoid their responsibilities while their father dreams and their mother worries. There’s a great deal of joy in this film, but a greater deal of tragedy. Read my essay on the full trilogy, all of which will be screened at the PFA over the coming weeks. 4K restoration.

Shot in 16mm in 1977, Charles Burnett’s neorealistic non-story examines the day-to-day life of an African-American slaughterhouse employee struggling with poverty, family problems, and his own depression. Hauntingly made with a mostly amateur cast, Killer of Sheep takes us into a world most of us know about but have never actually experienced.

The great detective was never filmed better than in the first two movies starring Basil Rathbone and Nigel Bruce. Set in the Victorian England of the original stories (the cheap B pictures that followed were updated), they provide the right setting and tone, and with Rathbone, the best Holmes. I discuss Adventures–the better of the two–at length in this article. 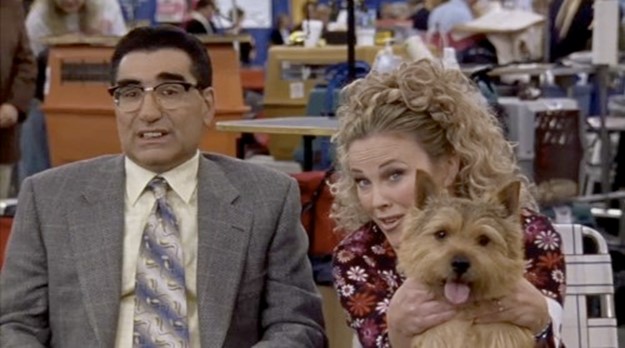 Christopher Guest’s dog-show mockumentary has more than its share of hilarious moments. The rest of it is pretty funny, too. Second City veterans Eugene Levy and Catherine O’Hara steal the show as a dog-obsessed couple.