I don’t think you could find a stranger story in the history of cinema. Shin Sang-ok was one of South Korea’s top filmmakers–a respected director married to movie star Choi Eun-hee. They disappeared in 1978, and five years later turned up making movies in North Korea.

Rob Cannan and Ross Adam tell Shin and Choi’s story in this entertaining documentary, but their own storytelling capabilities leave something to be desired. While the narrative and interviews were always clear, I often found myself wondering what I was looking at and why it was being shown.

They certainly had a good story to work with. Shin had been a top director, and Choi a top star, throughout the 50s and 60s. Shin had his own production company, and the glamorous couple won prizes and attended international film festivals.

In the 1970s, Kim Jong-il–then North Korea’s heir apparent and now the deceased father of current North Korea dictator Kim Jong-un–took notice of Shin’s work. Wanting to improve North Korean movies, he kidnapped first Choi and then Shin in 1978. After five years in prison, they agreed to make movies for the dictator-in-training.

As their North Korean films gained recognition, they were occasionally allowed to attend international film festivals. In 1986, while attending one in Vienna, they escaped their handlers, ran to the American embassy, and defected. 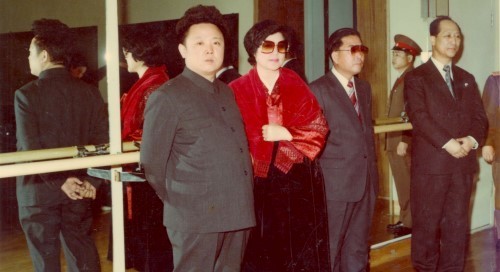 Not everyone in South Korea believes the kidnapping story. By the mid-70s, financial and political problems had destroyed Shin’s career. The Kim Jong il gave him a studio, huge budgets, and a surprising amount of artistic freedom.

On the other hand, the couple secretly recorded their discussions with Kim. Those tapes make it completely clear that they didn’t willingly move North.

The Lovers and The Despot tells its story through interviews with the people involved–primarily Choi Eun-hee (Shin Sang-ok died in 2006). Other interview subjects include their son (still in South Korea) and US government officials involved in the case. Occasional intertitles fill in more information.

To keep The Lovers and The Despot visually interesting, the filmmakers use clips from Korean films–presumably those made by Shin–and what I assume are reenactments for the camera. But I can’t be sure. I often found myself wondering what I was actually looking at–not a good feeling when watching a documentary. A few words at the bottom of the screen would have solved this problem.

It’s impossible to not be intrigued by the story of Shin Sang-ok, Choi Eun-hee, and the future dictator that controlled their lives for many years. But I would have liked some more information.