My wife and I saw Café Society Saturday night. We both enjoyed it quite a bit. Of course, these days, whenever you watch a Woody Allen film, part of the problem is that it’s a Woody Allen film. More on that later.

Café Society is an entertaining but unsubstantial romantic (and unromantic) comedy set in the 1930s or ’40s (the exact years are never mentioned). In addition to romantic love, it milks gags about Hollywood, New York, gangsters, and high society. Jesse Eisenberg plays the traditional Woody Allen surrogate, and he’s the best one I’ve seen. Like Allen, he’s a skinny New York Jew. (Allen narrates the film, himself; thankfully, the narration is kept to a minimum). Eisenberg’s character (Bobby) finds professional success on both coasts, but can’t quite get over the girl who jilted him (Kristen Stewart).

Allen fills this simple story with his patented comic dialog (“Socrates said that the unexamined life is not worth living; but the examined life is no bargain”). There’s a hilarious scene early where Bobby has a “date” with the prostitute. Neither of them has any experience with this sex-for-money thing. They’re both nervous, they argue, and both keep changing their minds about whether or not they’re going to have sex.

This is the most Jewish film Allen has made in years; maybe decades. Bobby’s family is unquestionably Jewish. There’s a Passover Seder, and a discussion of the shortcomings of a religion that doesn’t include life after death.

The great cinematographer Vittorio Storaro (Apocalypse Now, The Conformist) used Sony digital cameras to give Café Society the saturated color and slightly soft focus of three-strip Technicolor–appropriate for the film’s setting. When I saw Storaro’s name in the opening credits, I wondered if he was still hung up on the non-standard 2.00×1 aspect ratio. Once the movie proper began, I knew that he was. The standard 1.81×1 frame was slightly letterboxed to 2.00. I suspect I was the only person in the theater that noticed. 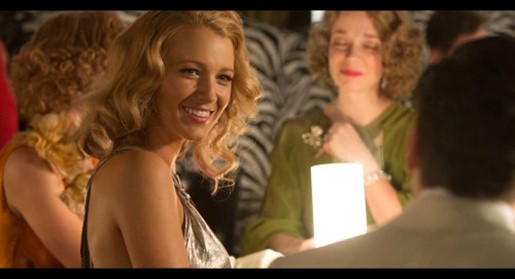 As the story unfolds, Bobby’s former lover becomes his aunt. It’s a funny situation, and somewhat autobiographical. After all, Allen’s lover of 12 years is now his mother-in-law.

I have a hard time believing Mia Farrow’s claim that Allen raped their young daughter. Perhaps I want to give some slack to an artist whom I’ve admired for most of my life. And there are good reasons to distrust Farrow. She never charged him with the crime. No one else has ever accused him of pedophilia. And Farrow made those claims when she was very, very angry at Allen.

She had a right to be. Allen probably didn’t rape a child, but he certainly slept with his girlfriend’s adult daughter–a young woman who knew Allen as her mother’s boyfriend throughout her entire adolescence.

Allen’s defense at the time still makes him out as a horrible human being. He insists he never had anything like a parental relationship with Farrow’s daughter Soon-Yi; he barely spoke to her until she was grown. Remember that this is a man who had three children with Farrow (biological and adopted). He was, apparently, a father to his own kids. But by his own admission, he refused to have anything to do with their older half-sister. If he’s telling the truth, he was a pretty cold fixture in the family.

On the other hand, he and Soon-Yi have been together for a long time now. They’re married with kids, and appear to be good for each other.

Sometimes you have to separate the great artist from the horrible human being. Woody Allen has made many excellent films, including at least one absolute masterpiece (Annie Hall). He’s also, of course, made his share of stinkers. Café Society isn’t one of his very best, but it can provide an enjoyable evening at the movies.

One thought on “Café Society and the Woody Allen Problem”