I caught Kings of the Road Friday night at the Pacific Film Archive. It was the opening show of the series Wim Wenders: Portraits Along the Road. Like most of the films in this long series (it plays through July), Kings is the beneficiary of a recent 4K restoration.

Therefore, the PFA projected the 1976, black-and-white, 176-minute non-epic digitally from a DCP. That’s sort of ironic, since Kings of the Road is a film very much in love with the projection of 35mm film.

But then, on the other hand, it comes down pretty heavily on the scourge of bad projection.

As the name suggests, it’s a road movie. Two young men, both travelers, meet accidentally and decide to travel together. That’s basically the story. They talk, they see things, they listen to popular music and discuss the English lyrics (remember, this is a German film), they go their separate ways, they get back together, and they split again.

Very little of what you’d expect in a road movie happens here. They don’t run into trouble with bigots or the law. They don’t commit fun crimes. They don’t get laid (although one comes close). 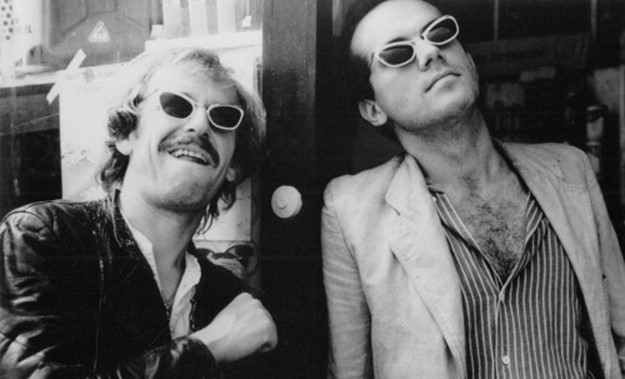 Robert (Hanns Zischler) is more closed in. He’s clearly running from something, or to something. We first see him driving his Volkswagen into a lake. He’s a restless, frequently unhappy man, but he’s able to have moments of joy. 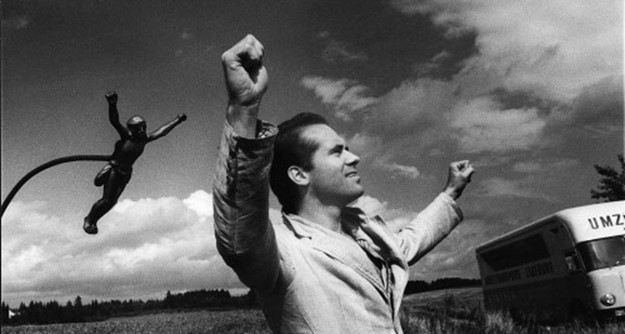 As wonderful as it often is, Kings of the Road doesn’t have enough good scenes to fill out the three hours of its runtime. It could easily be cut by a third and be a better film. That’s why, despite the many masterful scenes, I can only give it a B+.