I’ve really come to hate the upstairs theaters at the New Mission. The number of decent seats are in the single digits–and for the festival, most of them are reserved. The front row is so close it can induce headaches–even for me. If you don’t want to sit that close, and you weren’t one of the first people in the theater, you have to sit way to the side and watch the screen at an extreme angle.

B+ Under the Sun 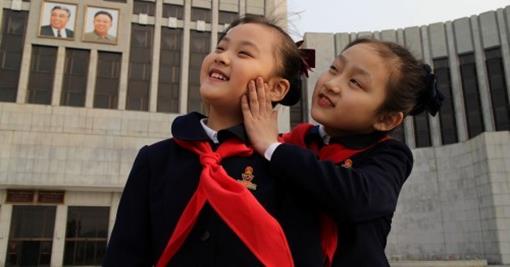 Associate Programmer Audrey Chang introduced the film. She explained that the North Korean government commissioned this documentary, intended to present the wonderful life of a “typical” family, complete with two adorable daughters. But the government didn’t have control over the editing, and was not happy with the final result.

The Ukrainian director, Vitaly Mansky, was not able to attend. There was no Q&A.

Under the Sun is on the Festival’s Hold Review list, which means that I must review it in 100 words or less. Here goes:

Of course the people of Pyongyang look happy and prosperous. The government controlled what the filmmakers could shoot and told the subjects what to say and how to say it. But once out of North Korea and into the editing room, Director Vitaly Mansky shows the fakery. He left in footage that shows how everything was staged. We see the government handler reminding people to smile broader. We see multiple takes–with people spouting increasingly higher made-up statistics. He changes people’s careers. But he makes the point too many times; the film could have been 15 minutes shorter.

It will screen again Thursday at the Pacific Film Archive, 6:30. There’s also a good chance that it will get a theatrical release.

B- Neither Heaven nor Earth 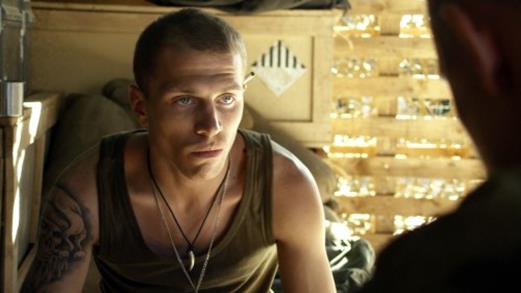 Another Hold Review film that I have to review in 100 words or less:

This war movie follows a small group of French soldiers trying to hold onto a piece of Afghanistan. They have a difficult, mutually suspicious relationship with the locals. But things get jumpy when two men disappear without clues or explanation. Then others disappear. The disappearances seem impossible, and particularly bother the commanding officer, who insists on bringing his soldiers back dead or alive. The action sequences are suspenseful and well-made. Some of the French characters are fleshed out (but not the Afghans). And the disappearance mystery is a real puzzle. But the ending is a complete fail.

There were no filmmakers available for Q&A, which was too bad, because the whole audience wanted to ask one very big question.

I saw the last screening at the festival, but it may get an American theatrical release.