I caught two movies on Thursday, both at the New Mission, but this time, not in the big Theater 1.

C Southside with You 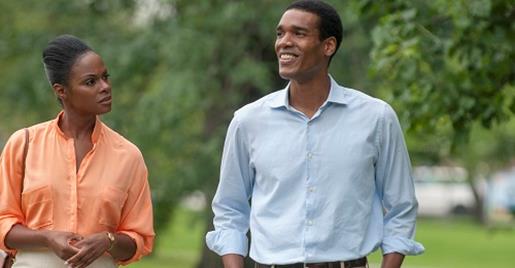 Here we have yet another variation on Before Sunrise. Two attractive people who barely know each other walk through a city, talking, doing fun and meaningful things, and getting to know each other. Only this time, we all know the couple. Southside with You is about Barak Obama and Michelle Robinson’s first date–except it’s not really a date. At least that’s what Michelle insists. In fact, she’s his supervisor at work. The movie is very upbeat (the opening made me think it was a commercial), kind of sweet, but unexceptional.

The film was followed by Q&A with writer/director Richard Tanne. I didn’t stay around for it.

This was the last screening of Southside with You at the Festival. However, it’s scheduled for a theatrical release come August.

For more than half of its runtime, this French-Canadian drama looks at nothing but normal life–and makes it fascinating. 10-year-old Félix (Edouard Tremblay-Grenier) is having difficult times approaching adolescence. He has a crush on an older girl. He’s fascinated with a friend’s mother. He’s often bullied. And he did something with a friend that scares him into thinking he’s gay.

Then something very dark happens, and The Demons becomes an entirely different type of film. I’m not sure I liked this new direction. But the film still held me–in fact, it held me considerably more.

If you think about it, you’ll realize that the film is set in the 1980s. But nothing is made of that.

Writer/director Philippe Lesage–a documentarian making his first narrative film–uses very long takes to tell the story. Many scenes are done with one stationary camera and no cuts. Considering the many child actors who had to keep in character for many minutes at a time, it was an impressive achievement.

The film was followed by a Q&A session with Lesage. Some highlights:

The Demons will play twice again at the Festival: