The art of screwball comedy is pretty much lost today, and has been for at least 60 years. Sure, we still have romantic comedies, and some of them are even pretty good. But the screwball was different. The romantic leads were not only attractive and sexy; they were glamorous–dressed, made up and photographed to look like the absolute zenith of young, gorgeous aristocrats.

And yet these gorgeous aristocrats acted like low comedians. They’d ruin their clothes, do double takes, and suffer the indignity of pratfalls. 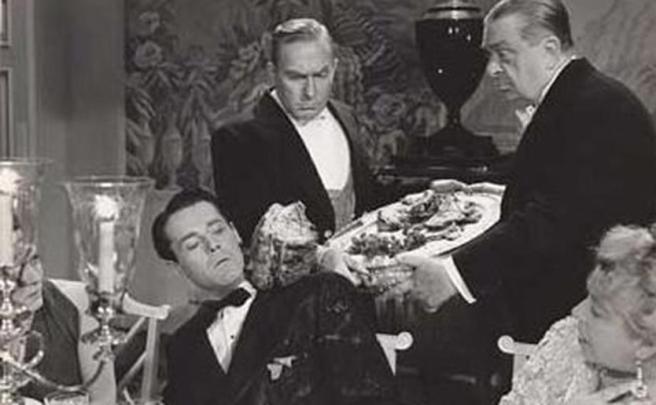 Screwballs also dealt with class issues–in a light way. One of the two romantic leads usually came from a more comfortable and respectable class of people than the other.

By bringing together a shy, scientifically-minded aristocrat and a beautiful con artist, Preston Sturges created the perfect screwball. The Lady Eve is cynical, sexy, occasionally touching, and very, very funny. It makes my A+ list of near-perfect films that I fell in love with years (preferably decades) ago and still love today.

(For what it’s worth, Bringing Up Baby is my second favorite screwball. The Coen Brother’s overlooked Intolerable Cruelty is the closest thing to screwball we’ve had in decades. But back to The Lady Eve.)

She and her father (Charles Coburn) find their next victim in Charles Pike, of the Connecticut Pikes (Henry Fonda in a rare and wonderful comic performance). His family made a fortune ages ago in the brewery business (“Pike’s Pale; the ale that won for Yale”). But he’s not interested in beer. He wants to study snakes. In fact, he’s returning home from an Amazonian expedition. Talk about the perfect mark for a beautiful crook.

In an early scene in the ship’s dining room, every unmarried woman onboard tries to catch Charles’ eye, but he cares only for the book he’s reading (called Are Snakes Necessary). Jean uses her pocket mirror to check out her competition. It’s a hilarious sequence, supported by her running commentary and topped with her brilliant and effective way of getting Charles’ attention.

About half of the film is set on the ship, as Jean and her father set their trap. Of course she’s going to fall in love with the sucker– anyone who’s ever seen a movie knows that. But by the time they reach land, the love has turned to hate. 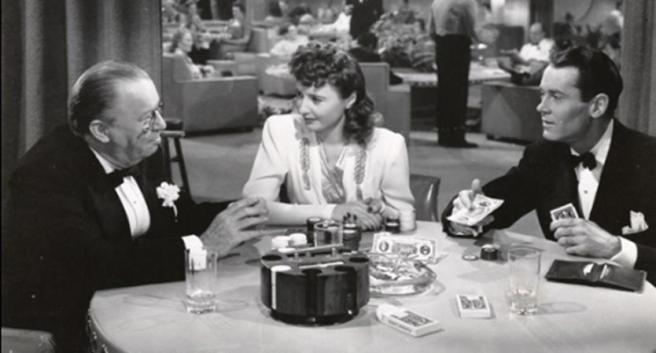 In the second half of the film, Jean pretends to be an English noblewoman, the Lady Eve, to seek her revenge. And it’s all so easy. American aristocrats, at least in this movie, worship British gentry as the real thing.

Sturges clearly sympathizes with the con artists, not the aristocrats. You can’t watch the movie without hoping that Jean and her father will thoroughly humiliate Charles. 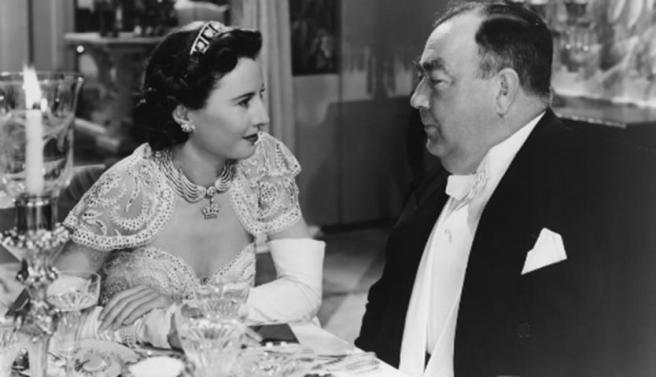 The Lady Eve is filled with the brilliant dialog, loopy logic, and strange characters that populate almost every movie written and directed by Preston Sturges. A romantic marriage proposal is marred by a horse who insists on nuzzling the prospective groom. Charles’ father reacts like a three-year-old when the servants are too busy to bring his breakfast. And there’s the whole thing about snakes; they’re not really part of the plot, but the eccentricity makes Charles more interesting, more socially awkward, and more loveable than your run-of-the-mill rich and handsome young man.

Sturges used comic supporting players brilliantly, especially William Demarest, who shines in almost every Sturges movie. In this one, he’s Charles’ working-class bodyguard “and very bad valet.” With his blue-collar demeanor, he clearly doesn’t belong with all these rich people–or even with the other servants. But he watches Charles like a hawk, suspecting foul play even when Charles is winning (rightly, of course).

The movie is filled with Sturges’ brilliant comic dialog. I won’t quote any. It’s best heard in context.

Visually speaking, there’s nothing exceptional about The Lady Eve. It looks like any other Paramount comedy of the early 1940s, clearly shot on sound stages. But what’s done and said on those stages makes it a masterpiece.