If the lack of film festivals this time of year scares you, we’ve got a festival that will scare you even more. Another Hole in the Head opens tonight (Friday) and runs through this week and beyond.

A Wild, Kabuki, California, Guild, opens Friday. Judging from this adaptation of her memoirs, Cheryl Strayed led a pretty wild life before she walked into the real wild and got herself together. This film adaptation of Strayed’s memoir follows her as she 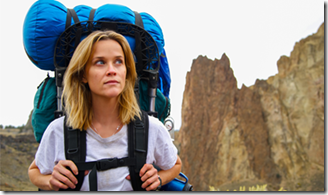 hikes the Pacific Crest Trail and learns how to be a fully in-the-moment adult human being. She learns self-reliance and makes friends, and becomes physically stronger, but she also runs out of water, gets lost in the snow, and faces the very real possibility of rape. Interspersed with the hike, flashbacks show us what sort of person she was before the difficult and dangerous three-month voyage. We learn about her struggling but loving mother who died too soon, and the self-destructive streak that destroyed Cheryl’s marriage. Read my full review.

Found Footage Festival, New Parkway, Wednesday, 9:15; Roxie, Thursday and next Friday, 9:30. The world is full of unwanted VHS cassettes, which is a good thing for

Nick Prueher and Joe Pickett. They mine comic gold from the unwanted dregs of the video universe. I haven’t seen their seventh installment, but it promises to include "A new exercise video montage featuring a Christmas-themed workout, a martial arts fitness regimen called ‘Tiger Moves,’ and a tape called ‘Butt Camp’." Read my report on their sixth installment. .

B+ Aliens, New People Cinema, Thursday, 9:00. Like most sequels, James Cameron’s first big-budget movie isn’t as good as the original Alien, but it comes close.. Less of a horror film and more of an action

picture (or, arguably, a war movie), it strands a platoon of marines on a barely hospitable planet infested with the big, egg-laying predators. Sigourney Weaver stars again. Unfortunately, the New People will screen the original, 137-minute cut. Cameron’s 154-minute director’s cut, which to my knowledge has never been shown theatrically, goes into far more character detail and is a much better film. I’d give that version an A. Part of Another Hole in the Head film festival.

A+ Brazil, New Parkway, Thursday, 9:30. One of the best black comedies ever  filmed, and the best dystopian fantasy on celluloid. In a bizarre, repressive, anally 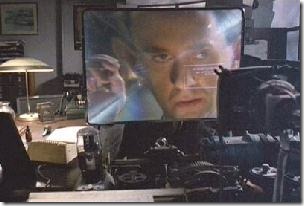 bureaucratic, andthoroughly dysfunctional society, one government worker (Jonathan Pryce) tries to escape into his own romantically heroic imagination. But when he finds a real woman who looks like the girl of his dreams (Kim Greist), everything starts to fall apart. With Robert De Niro as a heroic plumber. This is the second and best of Gilliam’s three great fantasies of the 1980’s, and the only one clearly intended for adults. Read my Blu-ray review.

A A Hard Day’s Night, New Parkway, Sunday, 9:00. When United Artists agreed to finance a movie around a suddenly popular British rock group, they wanted something fast and cheap. After all, the band’s popularity was limited to England and

Germany, and could likely die before the film got into theaters. We all know now that UA had nothing to worry about. The Beatles are still popular all over the world. What’s more, Richard Lester’s A Hard Day’s Night still burns with outrageous camerawork and editing, subversive humor, and a sense of joy in life and especially in rock and roll.

A Boyhood, Castro, Thursday. Fifty years from now, people will still watch Richard Linklater’s intimate epic. Shot off and on over a period of 12 years, Boyhood

allows us to watch young Mason and his family grow up and older. It isn’t an easy childhood. His parents are divorced, neither of them has much money, Dad is immature and Mom has bad taste in men. But Boyhood avoids the sort of horrible situations that drive most narrative films, and it’s all the better for it. By using the same actors over such a long period of time, Linklater creates a far more realistic picture than could be done with aging makeup or switching from a child actor to an adult one. Read my full review.

Miyazaki’s masterpiece is a beautiful, complex, and occasionally scary tale of a young girl cast into a strange and magical world. The intriguing and imaginative creatures, not to mention the moral dilemmas, are beyond anything that Dorothy ever had to deal with in Oz.. A truly amazing work of animation. I don’t know whether the film will be presented in the original Japanese with subtitles, or if it will be the English dubbed version.

C Sing-a-Long Sound of Music, Castro, Friday through Sunday. Many people love it, but I find the biggest money maker of the 1960s lumbering, slow, and dull. Not funny 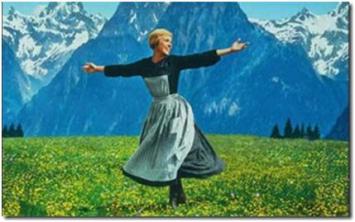 or romantic enough to be light entertainment, yet lacking the substance to be anything else. And most of the songs give the impression that, by their last collaboration, Roger and Hammerstein had run out of steam. On the other hand, the Todd-AO photography of Alpine landscapes makes this one of the most visually beautiful of Hollywood movies–in a picture postcard kind of way. I have not actually experienced the sing-a-long version..