I managed to get to three San Francisco International Film Festival screenings at the Kabuki yesterday. Let me tell you about it.

This seems to be the year of young boy films at SFIFF. Bauyr is the fourth such movie I’ve seen at this festival so far. It was pretty good, but easily the weakest of the four.

This time, the boy is only eight years old, and he lives in a small town in Kazakhstan. His name is Yerkin, and he’s pretty much deserted. His mother is dead, his father is gone "on a business trip," and his much older brother is studying in the city.

His brother returns for a visit about halfway through the film. He clearly loves Yerkin and does what he can to help him. (He didn’t know about Dad’s disappearance until he arrived.) But his resources are limited and he has to get a good education.

Naturally, Yerkin has learned to be quite resourceful, and much of the film’s pleasure concerns his growing skill and confidence at dealing with the adult world. Writer/director Seric Aprymov adds surreal, comic touches to keep the film entertaining. Consider, for instance, the school principal who never seems to leave the outdoor billiard table.

This is a touching and entertaining film, but not an exceptional one. It will screen again at the Kabuki, on Wednesday, at 9:15. 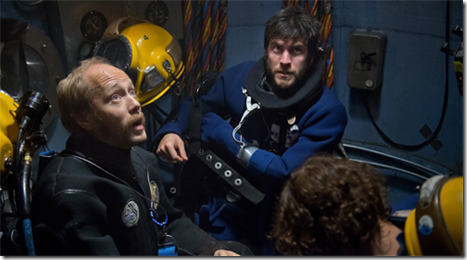 Early in this Norwegian thriller, a professional deep-sea diver—who is also a loving husband and father–tells his brother and diving partner that this will be his last dive. He wants to spend time with his family. Yes, this is another thriller from the cliché playbook. The surviving brother (Aksel Hennie, the star of wonderful Headhunters), is blamed for the fatal accident, and spends the rest of the movie trying to uncover the evil conspiracy. The movie improves considerably in the last act, with a climas that wasn’t at all what I expected. But that wasn’t enough to make it more than an okay thriller.

I caught the last SFIFF screening of Pioneer. But Magnolia has picked it up for an American release, so you’ll have other chances to miss it. 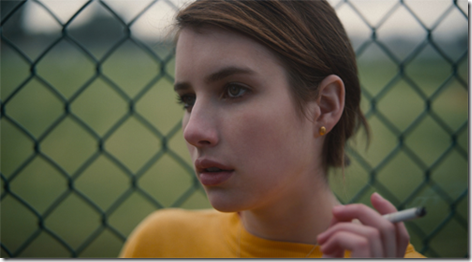 The Centerpiece screening is one of the major events at SFIFF. It’s not always the best film at the festival (in fact, it rarely is), but it’s always a big event.

This year, the film was Gia Coppola’s first feature, Palo Alto. And yes, she’s one of those Coppolas. In fact, grandpa Francis’ winery was one of the night’s corporate sponsorships. Genealogy charts  have always played a big role in film history.

Based on a collection of short stories by James Franco (who also acts in the film), Palo Alto exams a handful of teenagers reaching an emotional boiling point.  Fueled by booze, pot, and raging hormones, they deal poorly with the choices they’re making on their way to adulthood. Drunk driving, random vandalism, inappropriate student-teacher relationships, and other serious mistakes mar these kid’s lives. Yet you really hope they get their acts together. A slick yet compassionate and well-acted drama.

After the movie, Festival Director of Programming Rachel Rosen led the Q&A with Coppola and one of Palo Alto’s actors, Emma Roberts. Some highlights: