Not surprisingly, most of the films below are playing at a festival,.

A Lawrence of Arabia, a great many theaters, Thursday. Lawrence isn’t just the best big historical epic of the 70mm roadshow era, it’s one of 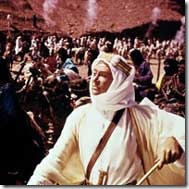 the greatest films ever made. Stunning to look at and terrific as pure spectacle, it’s also an intelligent study of a fascinatingly complex and enigmatic war hero. T. E. Lawrence—at least in this film—both loved and hated violence, and tried liberating Arabia by turning it over to the British. No, that’s not a flaw in the script, but in his character. This masterpiece isn’t worth seeing on DVD, and loses much in 35mm. Shot in Super Panavision 70, it takes a very large screen and 70mm film (or, arguably, 4K DCP digital projection) to do Lawrence justice. Because this is a Fathom event, I suspect it will be shown on some very large screens, all of them digital. However, it will be sent over satellite, and will probably lack the image quality of DCP–let alone 4K. For more on the Fathom experience, see Watching Casablanca, Digitally Projected, at a Big Multiplex. For more on the film in an optimal environment, see Great Projection Saturday, Part 2: 70mm & Lawrence of Arabia.

The Tin Drum — Director’s Cut, Castro, Saturday, 8:45.  I saw this film at least twice at the UC Theatre, and loved it. But I haven’t seen it in a very long time, and therefore won’t give it a grade here. And, of course, I’ve never seen the newly-restored Director’s Cut, which gets its West Coast premiere Saturday night. Actor Mario Adorf in person. Part of the Berlin & Beyond festival.

B+ On the Road, Rafael, Thursday, 6:30 & 6:45 (in different auditoriums). Jose Rivera and Walter Salles came maddeningly close to making a great film out of

Jack Kerouac’s highly-regarded, biographical  novel. The sense of time and place are letter-perfect. The characters are rich, surprising, believable, and sexy. On the Road captures the dizzy and seductive joys of a drug-soaked and sexually wild youth, as well as the less joyful results of this lifestyle. The lead performers, Sam Riley, Garrett Hedlund, and Kristen Stewart (of Twilight fame) bring wild abandon, sexual urgency, and subtle characterization to their roles. But in trying to capture the full arc of the novel, it bogs down at times, and the picture is marred by stunt casting in the smaller roles. Opening night of the Mill Valley Film Festival.

Moby Dick (1956 version), Balclutha (Hyde Street Pier), Saturday, 7:30. I haven’t seen this film (directed by John Huston, from a screenplay by Huston and Ray Bradbury) in decades, and I don’t remember being all that impressed. On the other hand, what better way to see any version of Moby Dick than on a sailing ship on the water? See Memories of Ray Bradbury for an amusing anecdote of the film’s making.

they think he’s stupid. The second and best film in Frank Capra’s common-man trilogy, Mr. Smith creeks a bit with patriotic corniness today, and seems almost as naive as its protagonist. But it has moments–Stewart’s speech about how “history is too important to be left in school books,” for instance–that can still bring a lump to the throat of any leftwing American patriot. And it’s just plain entertaining. Part of the Palo Alto International Film Festival.

C+ Side by Side, Palo Alto Square, Saturday, 5:00. How do today’s leading filmmakers feel about the seemingly inevitable transition from a photochemical, film-based cinema to a digital one? Short answer: Many have enthusiastically embraced 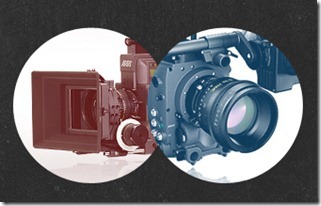 digital cinema, and the rest accept that physical film’s days are numbered. But film still has some clear advantages. For most of this documentary’s runtime, narrator/producer Keanu Reeves interviews high-profile directors and cinematographers, along with a few editors, timers, and technicians, as they discuss the current revolution. The film gives room to people on both sides of controversy (in other words, George Lucas and Christopher Nolan), but the picture seems weighted in favor of going digital. Concentrating almost entirely on the issue of how movies should be shot,  it ignores the many controversies about the conversion in theaters. Read my full review. Part of the Palo Alto International Film Festival. 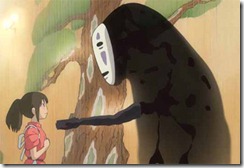 is a beautiful, complex, and occasionally scary tale of a young girl cast into a strange and magical world. The intriguing and imaginative creatures, not to mention the moral dilemmas, are beyond anything that Dorothy ever had to deal with in Oz.. Part of the series The Studio Ghibli Collection, 1984 – 2009, which the California has held over for another week. New 35mm print, with the original Japanese soundtrack and English subtitles.