Here are two movies that I recently saw in theaters, and two others that were made decades before I was born. And all of them are worth watching.

Cate Blanchett seems capable of doing anything. In this drama, she conducts a symphony, plays piano, speaks German, and, of course, acts. She plays a famous conductor who is also a mother. The film opens with her being interviewed, and I could have happily watched that scene for the length of the two hours and 38 minutes of the whole film. Instead, we learn more about this exceptional person as she works and plays (mostly works). Eventually, an actual real plot comes up when a student commits suicide, and the Internet decides it’s her fault. 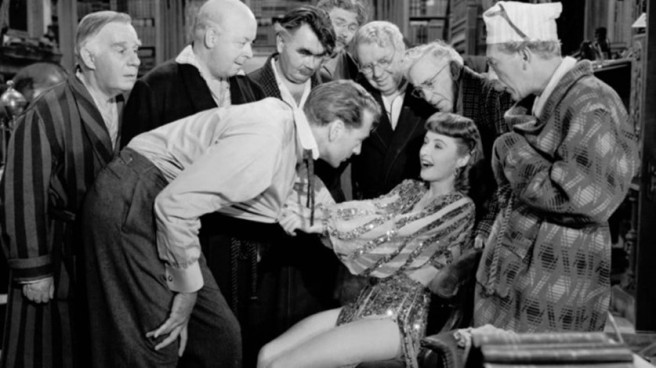 Unlike most screwball comedies, the romantic couple in this one (Gary Cooper and Barbara Stanwyck) doesn’t generate most of the laughs. Instead, most of the jokes come from the supporting cast, which contains S.Z. Sakall, Henry Travers, Leonid Kinskey, and several other supporting comedians. They play a gaggle of very funny and cuddly academic eggheads writing an encyclopedia. Cooper plays the youngest and handsomest of the group – a linguist trying to learn more about slang. He falls for Stanwyck’s nightclub singer, and she falls for him. But there are gangsters in the way. Good as it is, I would have expected something better from a screenplay by Charles Brackett and Billy Wilder, with directing by Howard Hawks. 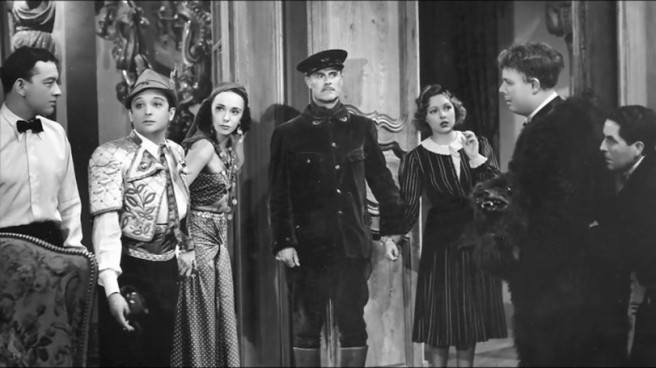 I have seen Jean Renoir’s dramatic comedy (or comedic drama) at least three times, and I still don’t know why so many people consider it a masterpiece. It’s not bad, but it’s not exceptional. A wealthy couple brings their friends to a big party. Guests and servants have their own romantic and often adulterous twists. The physical comedy isn’t bad, but it isn’t exceptional. The serious end doesn’t fit the overall light tone. Perhaps the time it was released (just before World War II broke out) gives it a weight that it doesn’t really deserve.

Yet another movie about evil aliens; this time from writer/director Jordan Peele. What makes it unusual? Not much. There’s a huge flying saucer. There are a lot of people trying to prove that the extraterrestrials are here. The main setting is a ranch in the desert. What makes it unusual? Several scenes are set in a western-like amusement park. Strange childhood memories. And because it was written and directed by Peele, who made the terrific Get Out, the main characters are not white. On the other hand, I saw Nope at home, although the movie was intended to be shown in Imax.