Nothing really beats the San Francisco Silent Film Festival. For three days (plus an opening night), you’re immersed in an art form that was born, matured, reached extraordinary heights, and then suddenly died–all within the space of 20 to 40 years (depending on how to you define its birth and death). All told, this year’s festival presented 15 feature films, three collections of shorts, a program of lectures, a lot of live music, some fascinating introductions, and an opening-night party.

Only one of those three days had a break long enough for a comfortable restaurant dinner.

This year’s marathon included two French comedies by René Clair, the restoration of a long-fractured Laurel and Hardy comedy, two films shot in the frozen arctic, a double bill on cross-dressing, an Ozu crime thriller that’s also a family story, an African-American response to Birth of a Nation, a selection of colorized shorts, and one of Douglas Fairbanks’ pre-swashbuckler comedies.

The live music was, almost without exception, magnificent–both as cinematic accompaniment and live concert in its own right. The musicians provided not only tunes and emotional heft, but also some surprising sound effects. Even the squeak of pen on paper could be heard at one point.

The major musical newcomer this year was Michael Morgan, conducting a subsection of the Oakland Symphony–complete with chorus–in Adolphus Hailstork’s score for Within Our Gates. I had mixed feelings about Hailstork’s score. While it was powerful and dramatic, it failed to calm down for the quiet moments. And sometimes the music just stopped at seemingly random places, leaving the movie in silence.

Following the modern trend in silent film presentation, the foreign films were shown with their original German, Japanese, French, or Swedish intertitles, with digital English subtitles appearing at the bottom of the screen. When the films were projected in 35mm (which was most of them), the subtitles came from the Castro’s digital projector.

It seemed as if every third film was restored by the Festival itself (usually in collaboration with other organizations). Although all of these movies had been restored digitally in either 2K or 4K, they were projected in 35mm. I’m all for returning a digital restoration back to film for archival purposes, but these movies would all have looked better off of DCPs.

Serge Bromberg couldn’t make it this year, which is a pity. He’s always worth listening to. And the number of costumed festival goers was surprisingly small. I did, however, catch this happy couple: 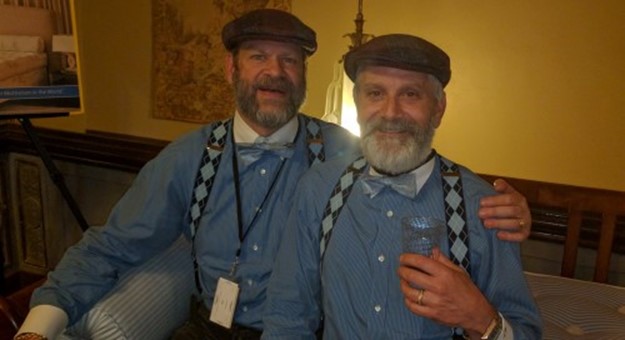 But what about the movies I saw? Here are my favorite screenings from this year’s San Francisco Silent Film Festival: 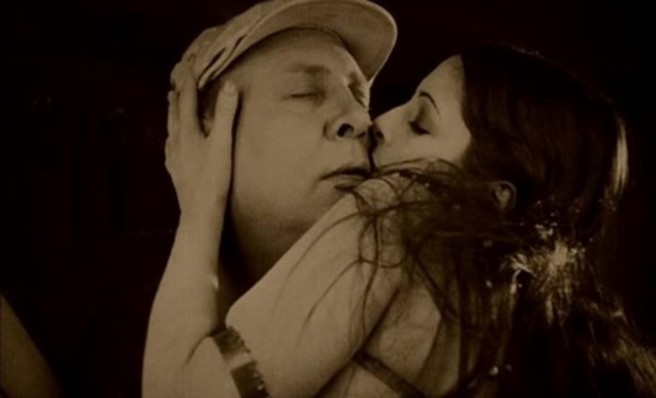 Emil Jannings proves himself a great actor in this powerful, sexy, and spectacular tragedy set in the world of vaudeville and the circus. He plays a trapeze artist who leaves his wife for a younger woman…with predictably disastrous results. The trapeze sequences are breathtaking, even while you can clearly see that Jannings is being doubled. And the sense of foretold doom covers the tale.

The Berklee Silent Film Orchestra‘s score matched both the film’s emotional heft and its many dancing sequences. This was all the more remarkable because it was such a group effort. Several students of a film-scoring class worked together, and passed the piton from one to another during the performance.

A Woman of the World 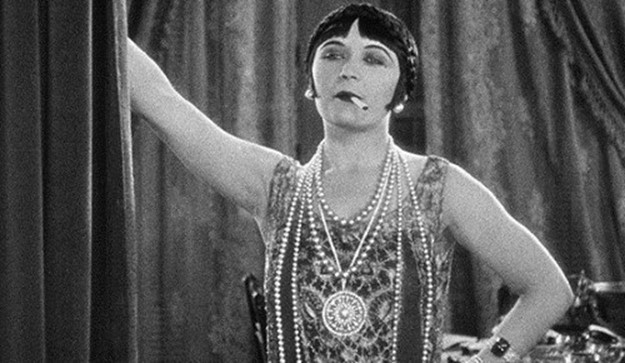 Pola Negri gives a fine comic performance as an Italian countess who comes to small-town America to recover from a broken heart. She smokes (a sign of an independent woman in the 1920s), has a tattoo, and is otherwise unacceptable to the local gossips and worse, to the blue-nosed district attorney. Directed by former Buster Keaton collaborator Malcolm St. Clair.

A man on his way to be married runs into trouble when his horse eats a woman’s hat. If she comes home without her hat, her husband will suspect that she has a lover. She does have a lover–a short-tempered army officer who insists that our hero find an identical hat immediately. The story is ridiculous, but who cares when the movie is this funny.